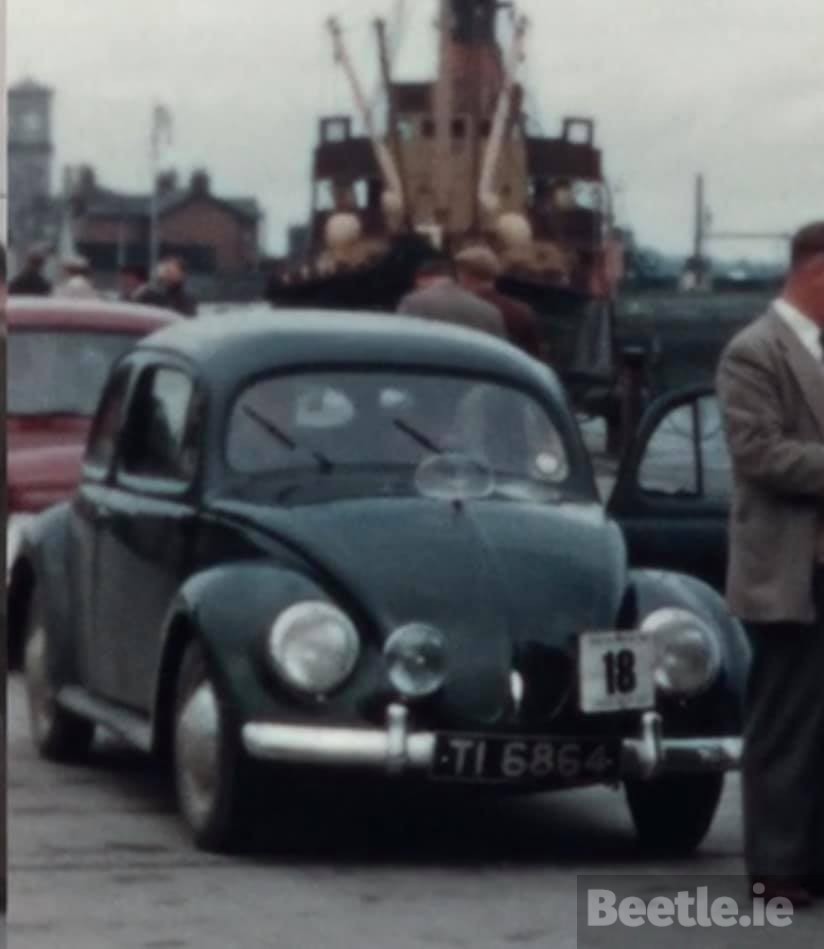 We may only have one shot of each Beetle but when you look at this Standard model Beetle it really is just that, a basic no frills model. Gone is the chrome side trim and the bonnet trim which also means that there is no crest on the bonnet also. The window rubbers have no trim and the running boards have also lost their chrome trim.  What you may also be able to make out in this photo is that being a Standard Oval Window Beetle, the fly window frame is black metal and not chrome.

Being a spec’d down model wasn’t such a bad thing as the cheapest of the Beetle range made Standard models like this 1954 Beetle a very budget friendly way of getting on the road, or as in this case, getting into motorsports, because this photo when the owners were competing in trials.

The first owner, and we assume the driver in this photograph, was Mr. O’Brien from the Mill Road in Corbally, just on the edge of Limerick city. Mr. O’Brien’s house was on private grounds with garages on his land so he wasn’t short of somewhere to work on his trials Beetle.

Thanks as always to Darren O’Rourke for submitting excellent photographs to the Beetle.ie Census. If you haven’t already checked out Darren’s Facebook group (Original Irish Aircooled VW) then look them up. You won’t be disappointed.