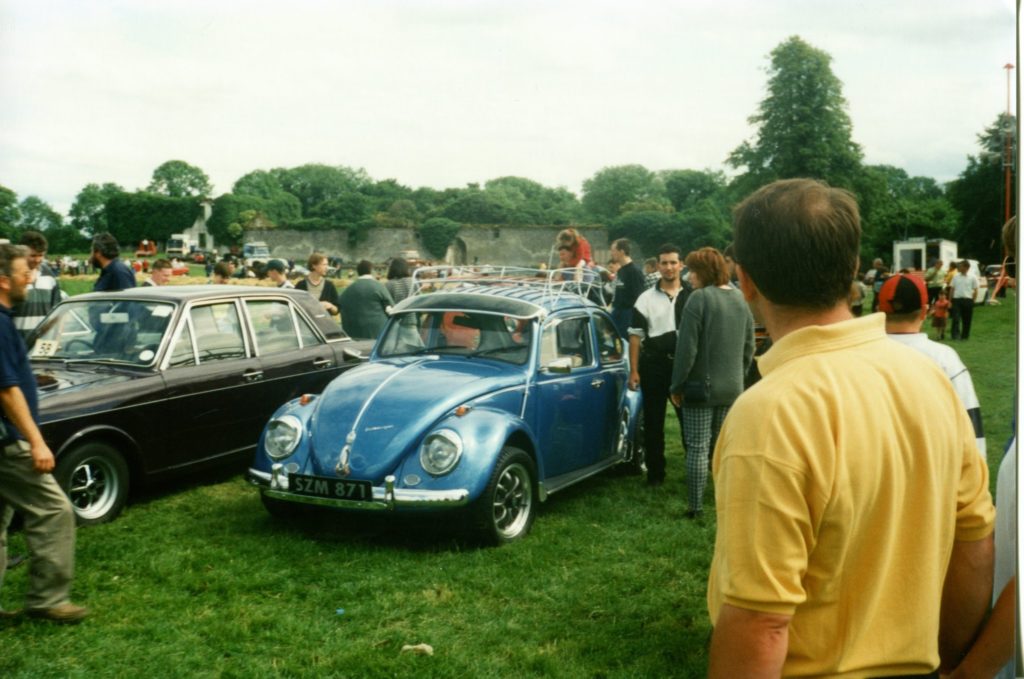 This 1975 Beetle was photographed at the Mosney Classic Car Shows in 1996 and the 1997 Culchie Festival in Mountbellew, County Galway.

What initially looks like a 1960s Beetle is in fact a modified 1975 Beetle. The once Havana Brown (LD8A) 1200 Beetle Deluxe was sold from J Keane’s in Roscommon in March of 1975 to its new owner in Galway but between then and when I saw SZM 871, its look changed quite dramatically.

Gone were the upright front wings and in their place were a set of sloping headlight wings from a 6 volt Beetle. The same period wings replaced the rear Elephant Feet rear lights and wings while the Europa bumpers with integrated indicators up front were binned, to be replaced with 1960s blade bumpers. The Beetle went from the aforementioned Havana Brown to metallic blue and the owner also added some tasty accessories such as the exterior sunvisor, roofrack and 1960s style quarter panel mounted aerial. The owner didn’t stop there either, changing the original steel wheels for EMPI 8 Spoke rims, engine lid luggage rack, chrome engine firewall and colour coded engine tinware.