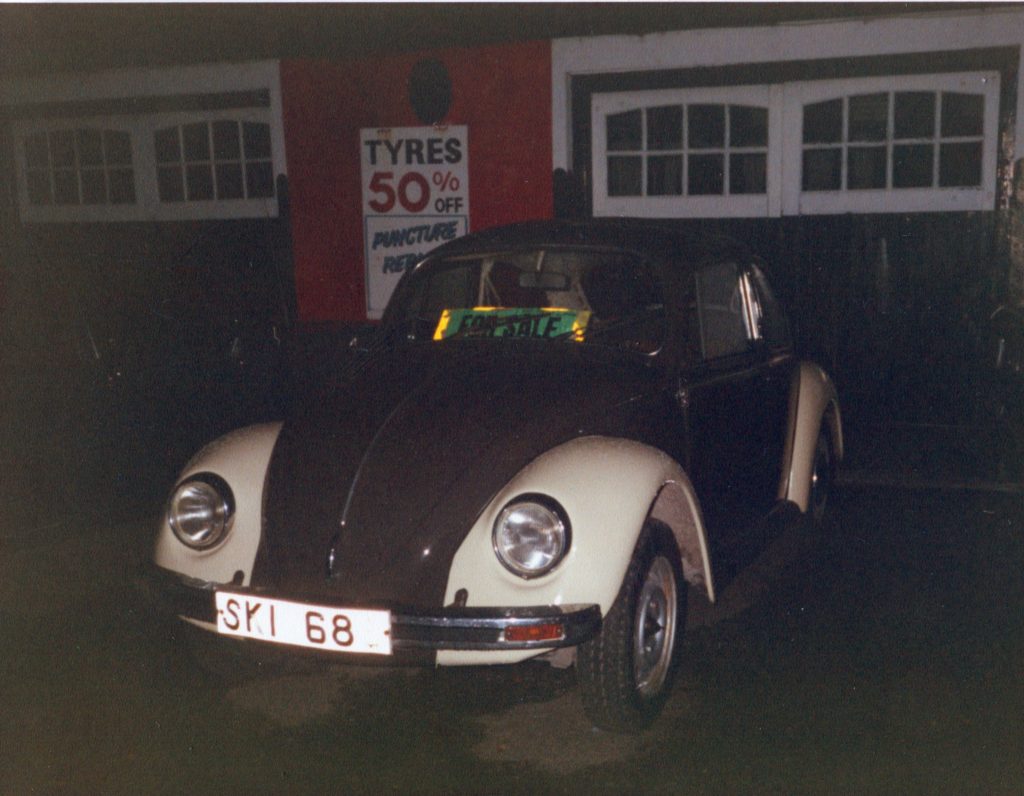 I found this photo recently as I was going through an old photo album. I’m not 100% sure where I saw this Beetle but I think it was parked outside a garage in County Limerick. It had a For Sale sign in the window and new wings that were painted cream.

It’s a December 1975 build but was not registered until January 1976. This 1200 Beetle Deluxe was painted Havana Brown (LD8A) and then sent to Andrew Dillon & Sons in Clonmel to be sold. Its new owner travelled from Waterford to get a deal from Dillon’s and happily left with their new Beetle on January 20th.

Apart from that, I’m afraid I’m all out of information on this Irish assembled Beetle. If you can fill in the blanks please get in touch and we’ll update this listing.