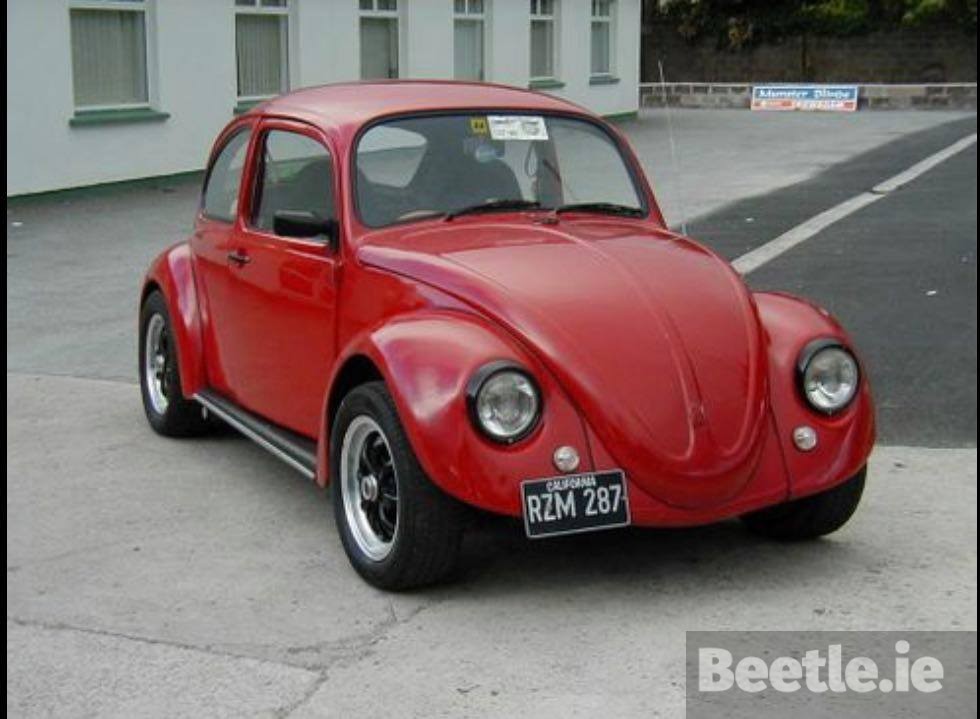 Mark Fitzgerald was in touch wondering if anyone has seen his old Beetle. He sold it in 2000 and says that to this day, it was the most fun car he’s ever owned.

The Beetle was originally a Miami Blue (L51C) 1200 Beetle Deluxe and was sold in September 1974 from Rooney’s Garage in Tuam, County Galway. At some point it travelled across the country and ended up in Mark’s driveway in Cork. Mark then set about restoring his new Beetle to exactly how he wanted it, firstly by tackling the necessary structural areas like heater channels, inner wings, floors and a few other key structural areas. The rear wings were changed for pre-74 items so Mark could ‘French’ the rear lights while the bumpers were removed, all chrome trim shaved and one piece windows fitted. The Miami Blue paint was ditched in favour of bright red which worked really well with the tinted glass and black sports wheels. Mark also fitted Lucas style front indicators, black headlight surrounds and US style number plates which finished off the look perfectly. Oh, and to give it some poke, a 1776cc engine with Kadron exhaust replaced the wheezy 1200cc engine it left MDL with!

As we mentioned, Mark sold his customised Beetle to a new owner in Skibbereen back in 2000 and hasn’t seen it since. He accepts that it’s 20 years ago and the sea air may have gotten to it by now but he would love to think his Beetle is still above ground! If you know then please get in touch and we’ll pass the news, good or bad, on to Mark.