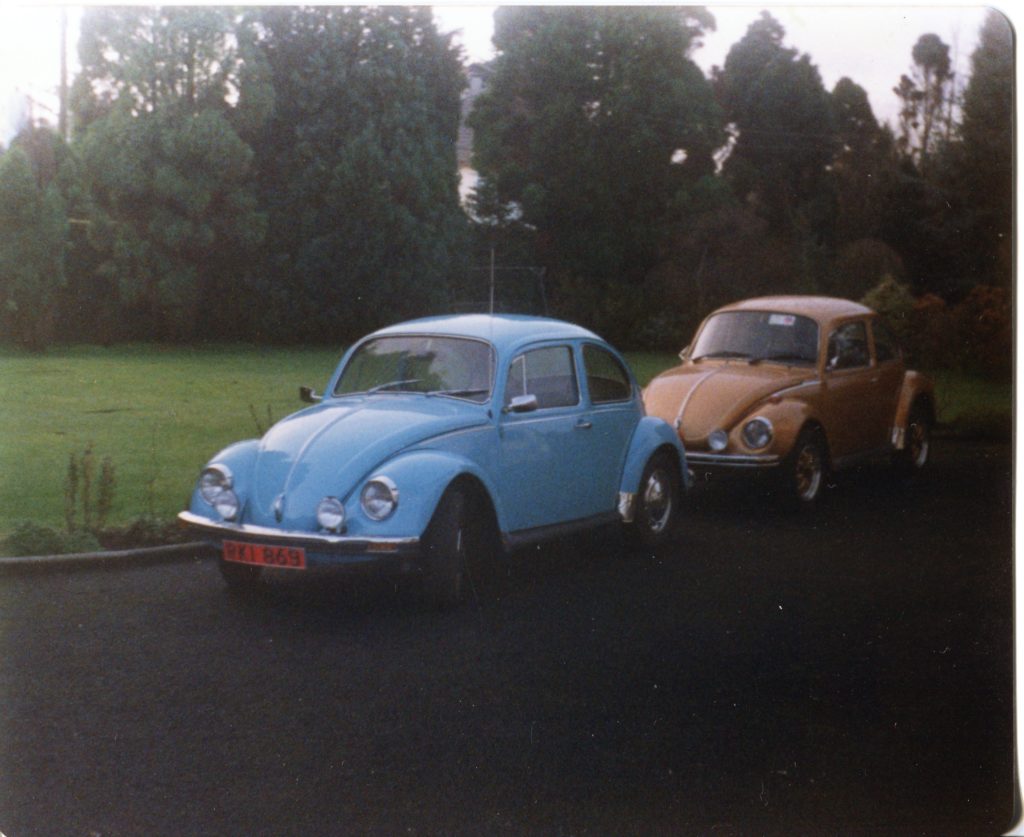 This 1975 1200 Beetle Deluxe left MDL bound for Waterford, O’Brien’s of Tallow to be exact. This was in January 1975 but it wasn’t actually registered until August 22nd 1975. Was it motoring around with For Reg on it or did it just not sell for a number of months? We don’t know but as we’ve seen in the research for Beetle.ie, anything is possible!

This Beetle was finished in Miami Blue (L51C) and was built as a CKD car. I took these photos in Castletroy, County Limerick in 1992 when RKI869 was owned by the late Bill Crean. Bill had just recently retired and had the time to indulge in his passion for old cars. He bought a 1302 which had been cut down into a convertible and then he bought a gold 1303, a 1977 Havana Brown 1200 Beetle and lastly this 1975 1200 Beetle. He spent hours in his garage working on his Beetles and if the weather was fine he would work on them outside. On my way home from school and later, collage I would call in to see what he was up to. When I got my first Beetle on the road I took great pleasure in calling in behind the wheel of my own Beetle.

Bill and his wife moved to Dublin and the Beetles were sold on. I’ve only seen two of his Beetles recently, the 1977 Havana Brown 1200 and the Gold 1303 but nothing else. I wonder where RKI 869 went to and where it is now?