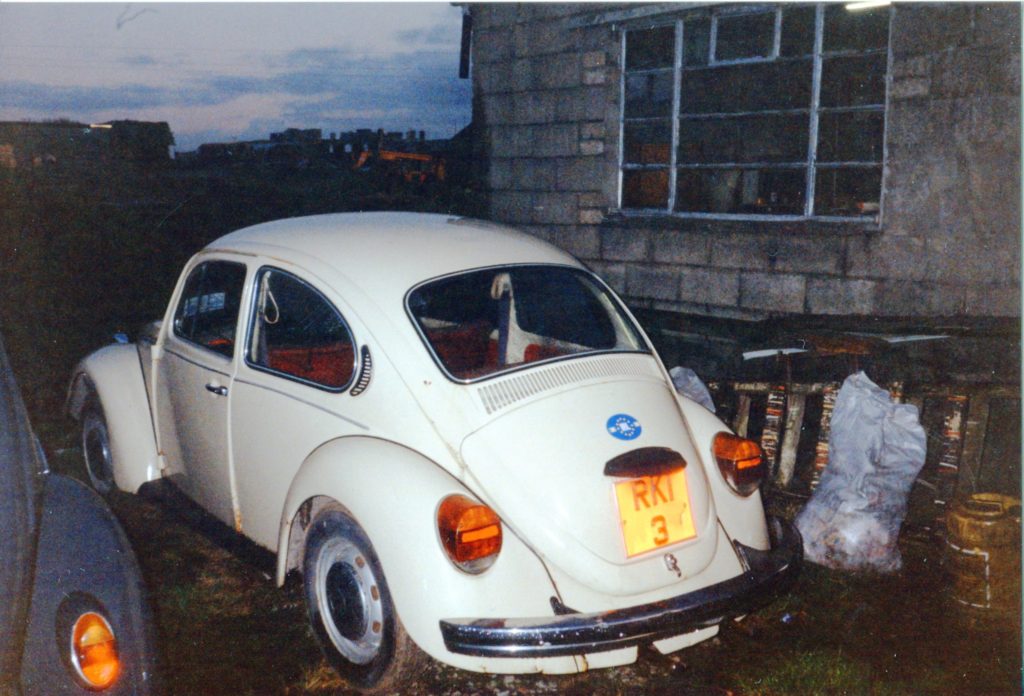 This Sahara Beige (L232) Beetle was a long way from its Waterford hometown but I believe the owner was based in Limerick at the time which is about 30 years ago now. It was photographed in Tony Cross’ garage in Limerick and was in for a service and general maintenance.

Originally assembled in MDL at the beginning of August 1974, this 1200 Beetle Deluxe was dispatched to Andrew Dillon & Sons in Clonmel to be sold, which it was, later that month, to its first keeper who was based in Waterford, hence the KI registration.