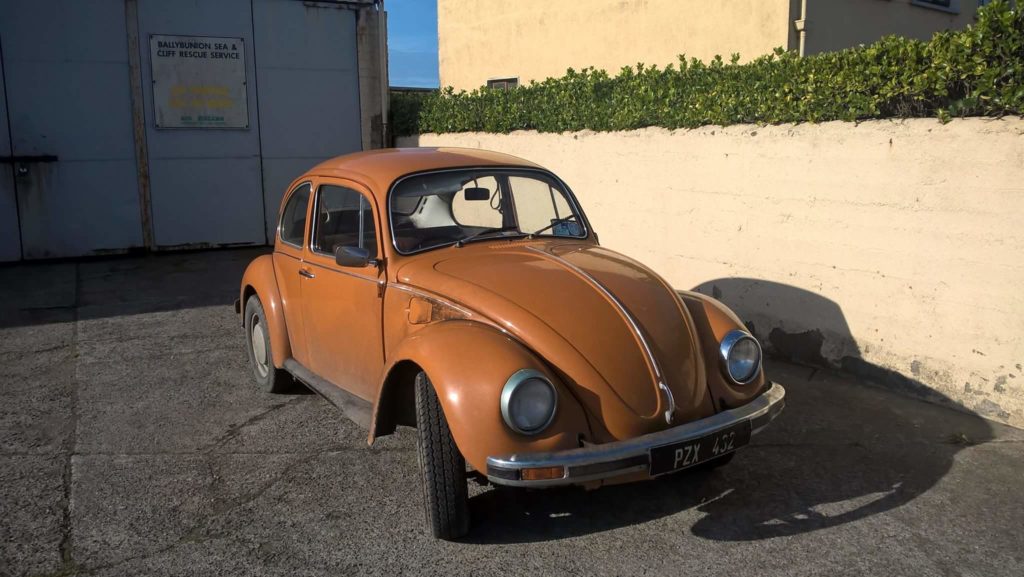 There’s something about an unrestored, daily driven classic car, and in our case here at Beetle.ie, a classic Volkswagen. It shows it’s being used but hasn’t been abused, otherwise it wouldn’t have lasted so long. Take this 1977 Beetle for example. Its Panama Brown paint looks to be the original or at least, an older repaint. It’s got a few marks, it’s dirty but it’s a solid looking straight Beetle. Some would describe it as being an honest Beetle and I suppose they would be right. It’s a simple VW that is doing exactly what it was intended for but the difference between this and thousands of other Beetles here in Ireland is that this particular Beetle has been well cared for over the years.

This Beetle was assembled in MDL on the Naas Road in Dublin in August 1977. It was one of the last to be built here and was finished in Panama Brown (L12A). The dealership this 1200 Beetle Deluxe was sent to was Tarrant Bros in Tralee, County Kerry. It was registered as PZX 432 in September 1977.

To the unknown submitter, thank you for sending us these photos.