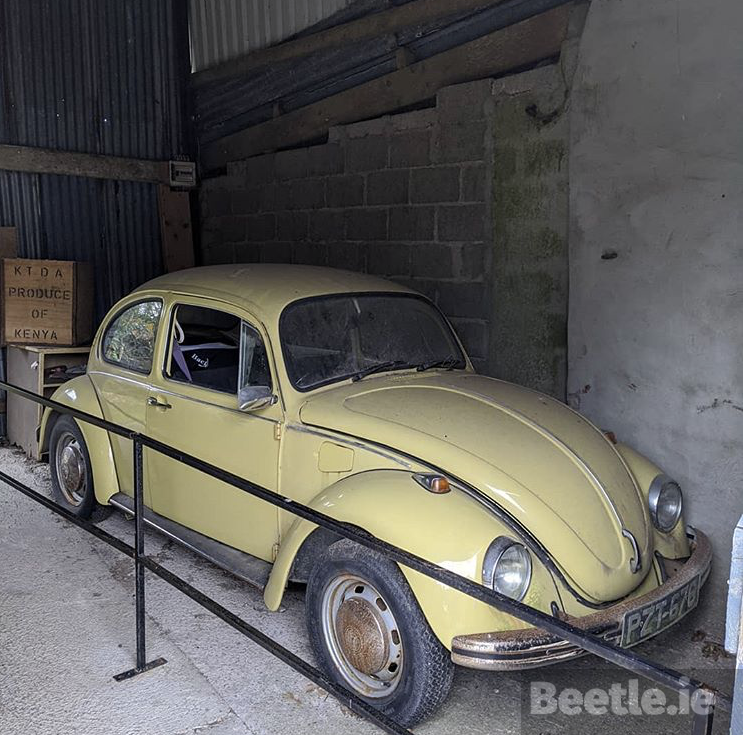 Two photos of the same Beetle were submitted within days of each other so we have Roger O’Sullivan & Nicholas Canham to thank for their photos and information.

The Beetle they both photographed was PZT 676, a Cork registered 1300 Deluxe model. Roger photographed it in Gougane Barra at the St.Patrick’s Day parade in 2009 while Nicholas snapped the Bug in The Farm in Grenagh, County Cork not so long ago.

We’re delighted to see that this Beetle hasn’t been left outside in the elements and is indoors. It’s on display in this farm which is open to the public so perhaps the next generation will get to see a car that was not only the main family transport but was a work van, tractor and everything else in between for many farming families in Ireland for decades.

This 1300 Beetle Deluxe was assembled in Dublin in late 1972 and was sent to Harry O’Sullivan’s VW dealership in Fermoy, County Cork to be sold. The first owner was based in Cork, hence the ZT registration.