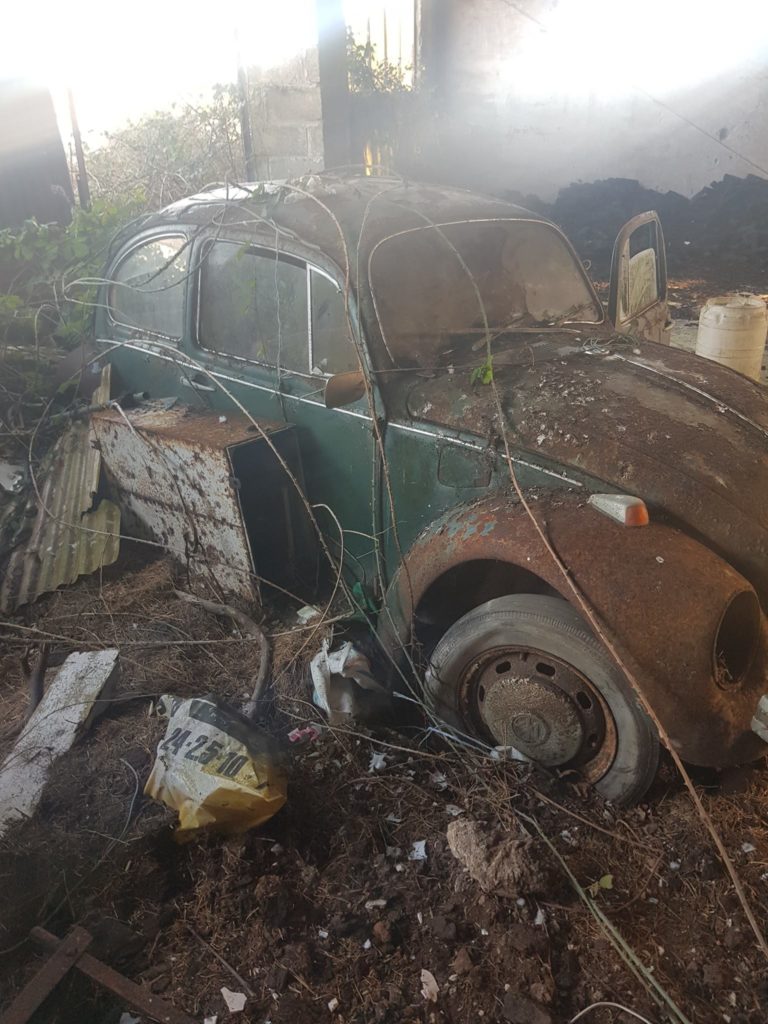 Back in March 2019 we got an excited call from Tommy Walsh, a long time, no cure VW addict!

Like us all, Tommy loves to find old VWs that have been abandoned. I say that he loves to find them but in reality, they find him. If there’s a vintage Volkswagen sitting unloved in a barn, field or garage in Kerry, Tommy will know about it. Tommy has filled his barn with classic aircooled VWs from the 1950s to the 1970s and his passion for these old cars shows no sign of slowing down. He’ll outgrow his storage before he’ll outgrow his love for rescuing old VeeDubs!

So back to the excited call. Tommy knew about this Beetle and a 1959 Beetle (ZX 6751) that were sitting in a barn in Kerry for many years. This was a one owner car and having served its purpose for its owner, it was parked in the barn beside their pub, beside their 1959 Beetle that they bought new as well, drove for 10 years before parking in the barn when the ’69 appeared.

This Delta Green (L610) Beetle was assembled in Dublin in April 1969 as a 1300 Beetle Deluxe. Looking amazing in its fresh paint and shiny chrome, the Beetle was sent to Modern Motor Works in Tralee, County Kerry. May 1969 it had its new pressed number plates ‘PIN 428’ fitted front and back. It was bought by a gentleman called Mick who owned a pub in Ballylongford, and his family still own the pub today. Mick used the Beetle for 10 years before parking it up and replacing it with another Beetle.

Fast forward nearly 50 years and those same pressed number plates are still on the Beetle as it sits in much drier storage, waiting its turn on Tommy’s restoration line.