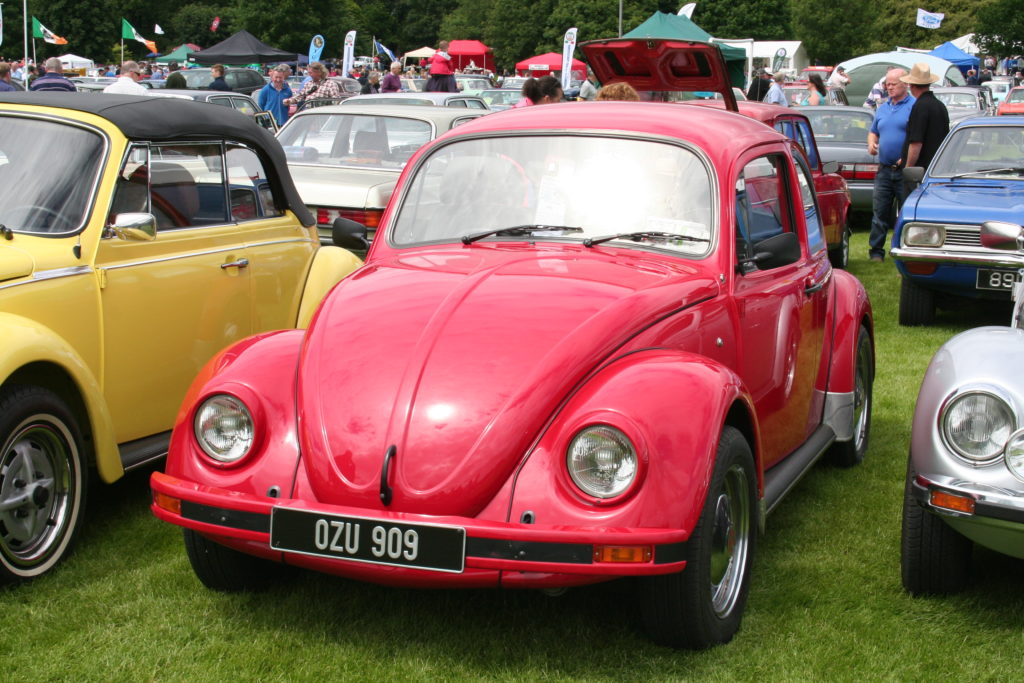 Sometimes in our more than damp climate Beetle bodies disintegrate faster than we would like so after 30 or 40 years they are often just too far gone to save so a re-shell is in order. The trouble is we don’t exactly have an abundance of rust free bodyshells to drop onto our floorpans. What’s the solution? Well you could try and import a rust free ‘shell from California and do a left hand drive to right hand drive conversion or you could import a right hand drive body from Australia, New Zealand or South Africa. All very expensive options.

Facing the same issues as the home restorer, is every VW restoration business but one in particular decided to strike while the iron was hot. Many years ago Emilio’s Beetles could see that our Irish bodyshells weren’t getting better with age so decided to look for alternatives. Emilio had many contacts in the industry and used all of them to guarantee he was able to purchase brand new Beetle bodyshells from Mexico before the supply dried up. How right he was because now, since production of the Beetle in Mexico ended in 2003, the availability of all Mexican built parts, including complete bodyshells has dried up.

The result for the Irish Beetles was the saving of what would have once been scrapped Beetles and their original Irish registrations. These Irish registrations now live on and the new owners are very happy with the results as they have a brand new Beetle on a fully restored Irish chassis. If you happen to see one of Emilio’s Mexican bodied Beetles coming up for sale our advice would be to buy it because it’s the newest Beetle you can buy now!

So on to OZU-909. This late 1969 built Beetle was first registered in October of 1969 in Dublin having been sold from VW Sales on the North Circular Road in Dublin as a Blue 1200 Deluxe Beetle. By 2002, having managed to survive for over 32 years on our wet and dirty roads it was in need of some serious help. The floorpan needed new pans as is often the case but sadly the body was so far gone that the only option was to find a new bodyshell. And that’s exactly what happened. Since 2002 this Beetle has had 2 more owners and now lives in Kildare.

What was once an Irish built Beetle, put together in the Naas Road factory in CKD (Complete Knock Down)  form, was ironically rebuilt again in Ireland in what can almost be seen as a full CKD in 2002. It just goes to show that old VWs never die because there is always a way to keep our pride & joy on the road!