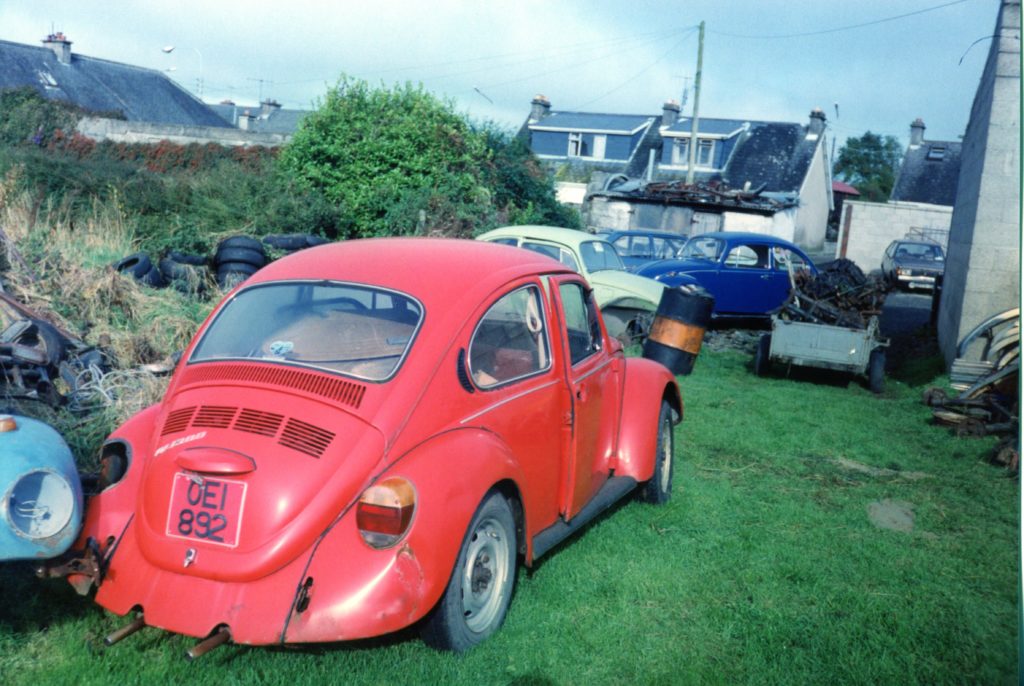 This Beetle is a 1974 model, a 1300 Beetle Deluxe to be exact. Assembled a year before it was actually registered so between sitting on the forecourt for quite some time and the inevitable ‘FOR REG’ that was written on the engine lid, this Beetle wasn’t registered in Sligo until April 30th 1975.

The shade of red that this Beetle was painted when I photographed it in Limerick back in 1994 was not the original colour, Havana Brown (LD8A) takes that honour.