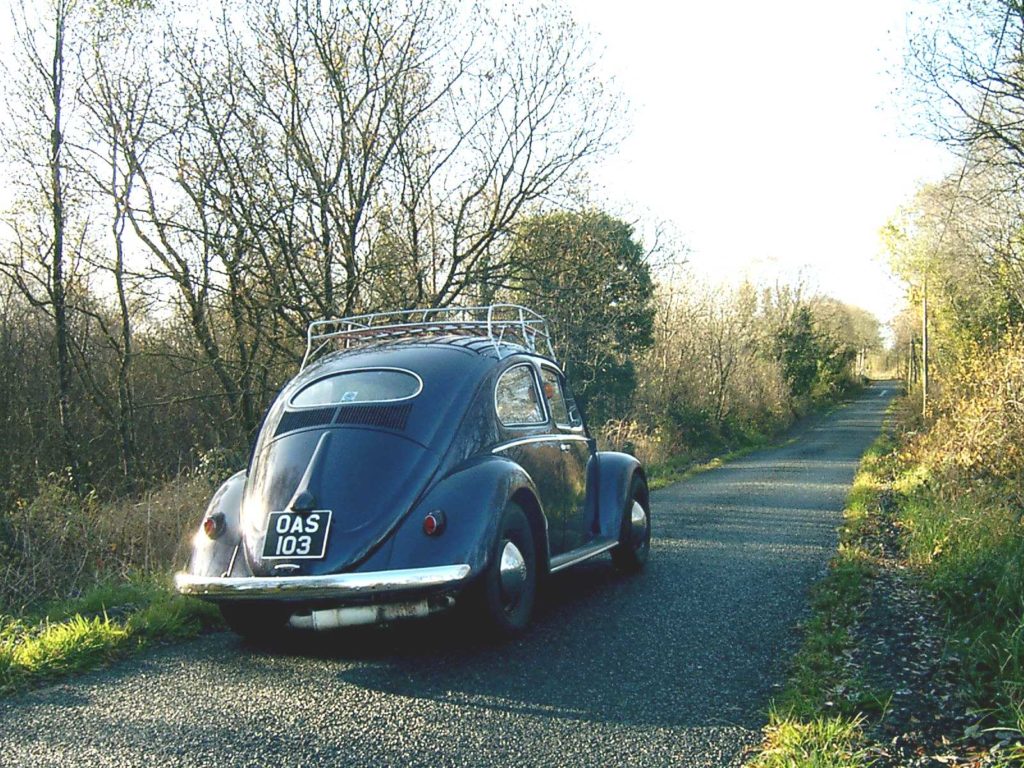 (c) Colour:
Purple ( was Stratos Silver and will be again)

(a) Country of origin:
Sweden

Damien sent in this photo and the story behind his 1955 Oval Window Beetle last night. He has it in storage at home in Tyrone while he’s ‘temporarily’ working/living in Dublin……….for the last 8 years 🙂

“This Beetle was originally from Sweden. I bought in the North of England in 2001/2002. I used it as a daily driver for a few months when I lived in Coventry. This was when I realised that drum brakes all round don’t have quite the same effect as front discs so a set of CPS discs were installed and it was lowered. There’s a 1641cc engine in there too but I want to bring it back to stock. Thankfully I kept all of the original suspension so that makes the job a lot easier. The goal now is to get the car back onto the road. It was originally Stratos Silver but it’s more purple now. I’ll get it back to Stratos Silver again.”