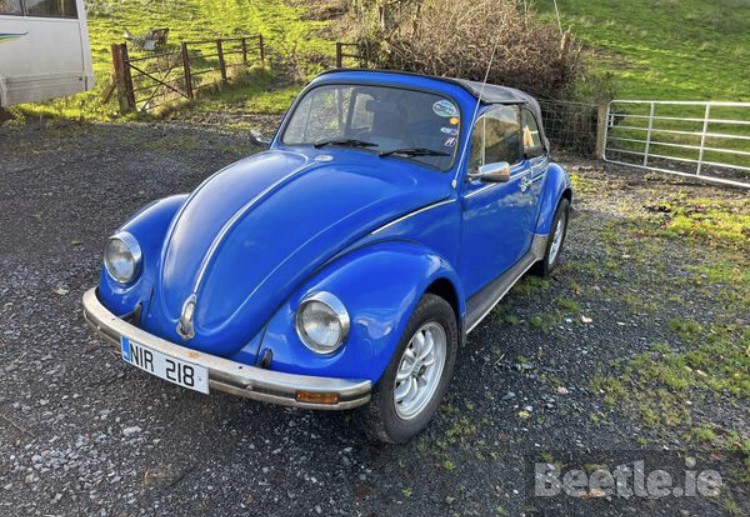 At some stage in its career it was converted to a cabriolet by cutting the roof off an adding a folding roof kit, in the style of the original Karmann Cabriolets. There are subtle differences that can be spotted by the real nerds though, such as the rear air vents still being present. The Karmann Cabriolets didn’t have rear body vents above the decklid. Also, the Karmann had wind-up rear side windows and to our knowledge, not many (none at all maybe?) of the aftermarket cabriolet conversion companies went to the rounds of developing wind-up windows for the rear. Also, the “waistline” of Karmann cabriolets is slightly higher than the standard “tin top” Beetle and the windscreen top and door frames were different too.

All the same, NIR 218 looks like it’s someone’s pride and joy. It has been treated to plenty of chrome additions, such as the rear vent trims, gravel guards and door/bonnet handle finger plates. It has also been customised with EMPI-style 8-spoke wheels.

Thanks to our regular contributor, Noah, for sending this in.