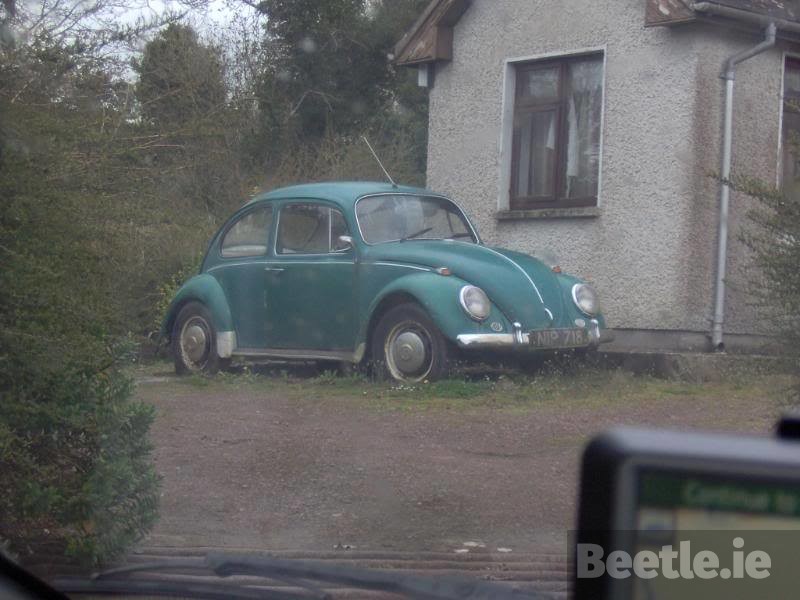 This 1967 Beetle was local to me in Bennettsbridge, Co. Kilkenny when I was growing up. It belonged to a man named John Laffan, who had it restored by George Campbell of CamVolks in Kildare in the early 90s.
By the time I got into Beetles (the late 90s), the poor old girl had been laid up outside John’s house and was looking sorry for herself. Local “scallywags” had broken into it via the driver’s door quarterlight. You’d have to wonder why though, nothing was stolen from the car and it wasn’t exactly mobile so couldn’t be joyridden. Anyway, I gave John a quarterlight glass to keep the weather out and after fitting it, the car stayed in that spot for another few years.

One day, while passing I noticed it was gone. I was kicking myself as I presumed it was scrapped and I should have asked about getting it before that happened. However, a few years later it turned up at the Limerick Show!! I was delighted to find that it had been saved and had started a new life with a new owner in Co. Tipperary.