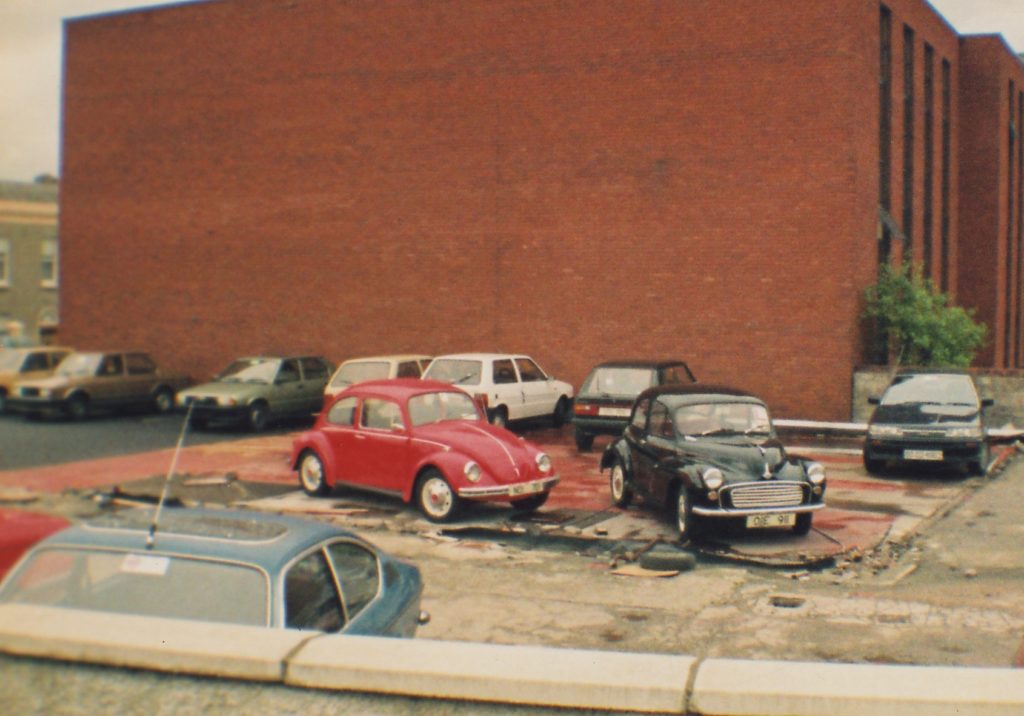 Parked in a car park beside the Frascati Shopping Centre in Blackrock many moons ago was NDI 701, a Roscommon registered Beetle.

Built in Dublin at the latter part of 1974, it was then sent to Joe Lynch’s garage in Westmeath. The Senegal Red (L31A) 1200 Beetle Deluxe was then registered to its first owner in Roscommon in October 1974. When it made the journey to Dublin is unknown but it looked great parked beside another classic, the Morris Minor.