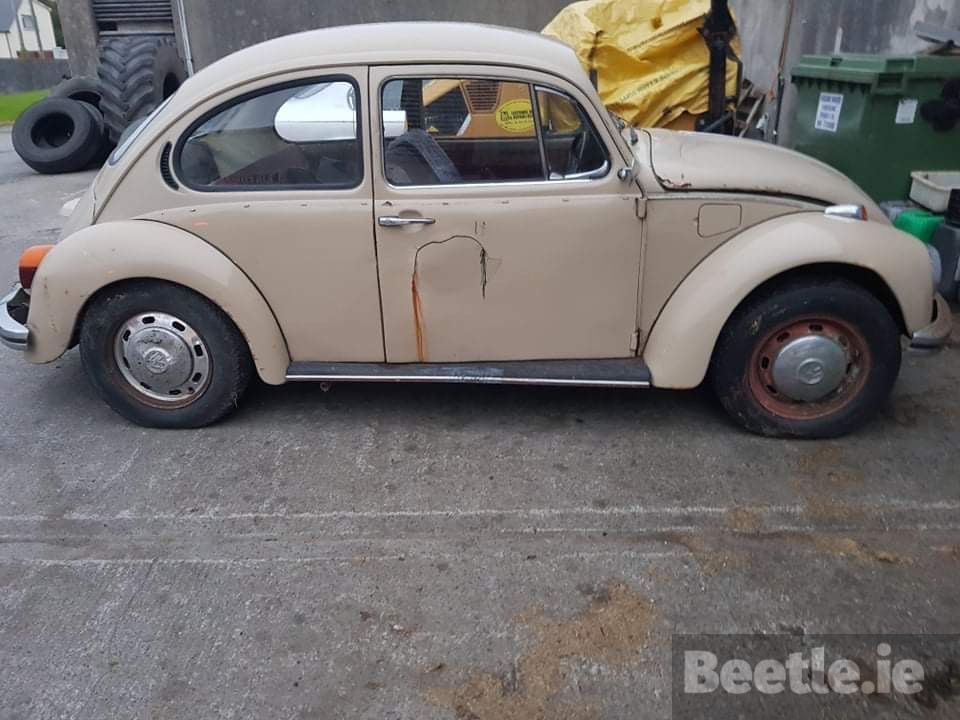 This 1974 1200 Beetle Deluxe was spotted by Beetle fanatic and collector Tommy Walsh while he was traveling for work. Tommy emailed the photos and some information to us and we couldn’t wait to upload it to the Beetle.ie Census.

NCI 296 is in need of some TLC which really means a full restoration in all reality because once you start to strip them down you always find more work that’s needed! It’s a genuine Irish assembled Beetle that left MDL in August of 1974 bound for Cunningham’s of Portlaoise. The Sahara Beige (L232) Beetle was sold in September but not registered until October of ’74. If you look closely you will see that this Beetle still has its original dealer sticker on the rear window from Cunningham’s of Portlaoise – very cool!