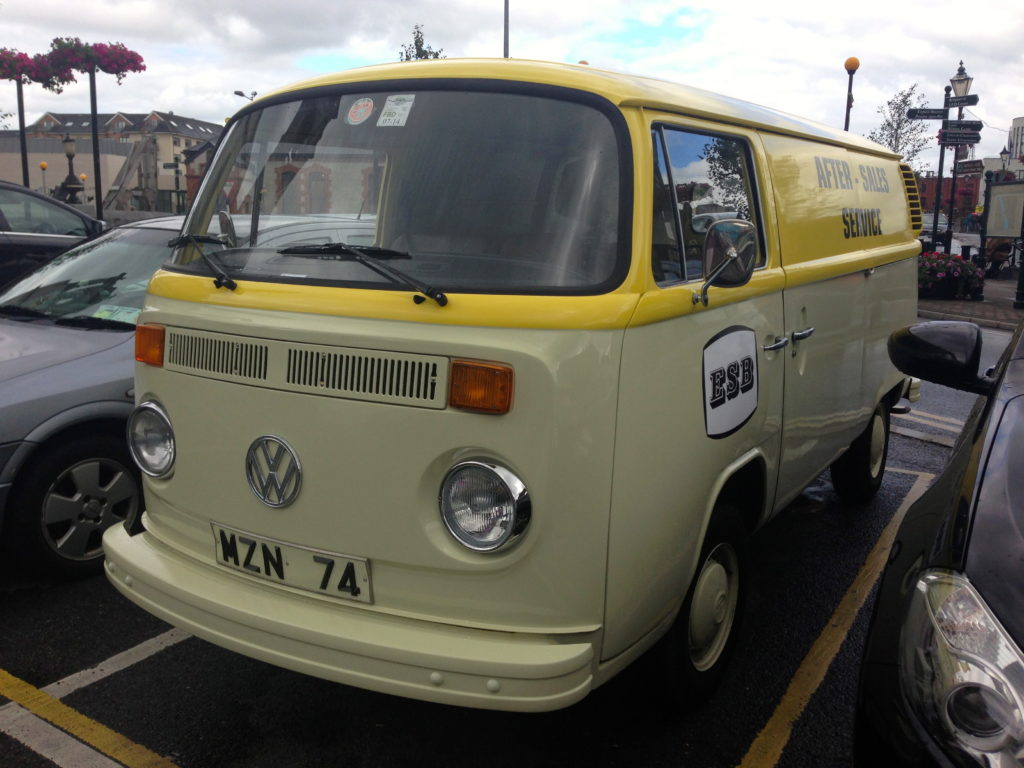 MZN 64 was spotted in Athlone in 2013 and was sporting original ESB livery.

Beetle.ie: Thanks to Alison Cassidy for submitting the photos and information on this rare Type 2 Bay Window. We have seen photos of it popping up on various sites but we did not have any photos to use until now so thanks again Alison.

From what we can see, this Bay was built in MDL on the Naas Road in Early 1979 so it’s one of the very last Bay Windows to be built. It was finished in Brilliant Orange L20B which most ESB vans were finished in and then ESB would paint them in their own depots to match their corporate colours of the time. This particular van was sent to their Dundalk depot before being sent to their Meath depot where it was registered. As to its history after that we do not know but perhaps the owner might get in touch to fill in the blanks for us. It’s great to see a commercial still wearing it’s company livery over 40 years since it was first applied.