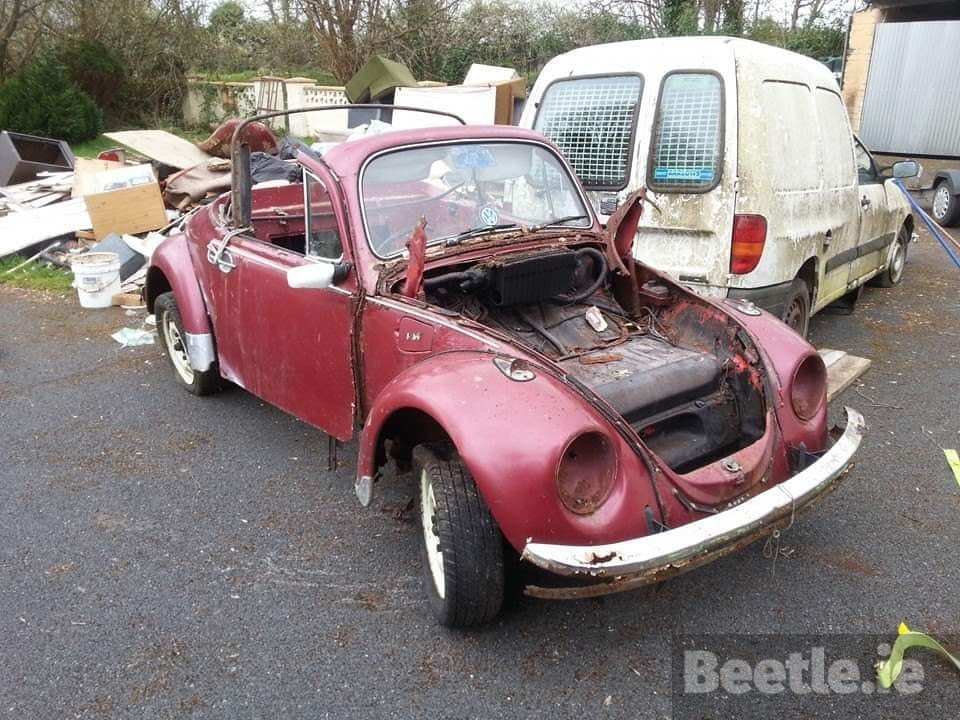 Mossey Conlon was in touch with us here at Beetle.ie to find out some information about this Beetle. The Beetle itself has changed massively from the day it left the MDL plant in Dublin back in July 1973. For one, it had a roof! It was finished in Kasan Red (L30B) and was a Deluxe model. It was sold from Cunningham’s VW Dealership in Portlaoise to its first owner who lived across the county boundary in Offaly. It was registered in August of 1973.

Very little is known of its history other than at some point someone took the roof off to make it a convertible. It’s in a very sorry state now but Mossey says the current owner is thinking of having it restored which is going to be a huge undertaking as it is quite badly rusted and then there is the issue of the roof and trying to replace it. It’s possible a roof may be welded back in place but no matter what route the owner takes, it’s great to see such commitment to saving an old Irish assembled Beetle.