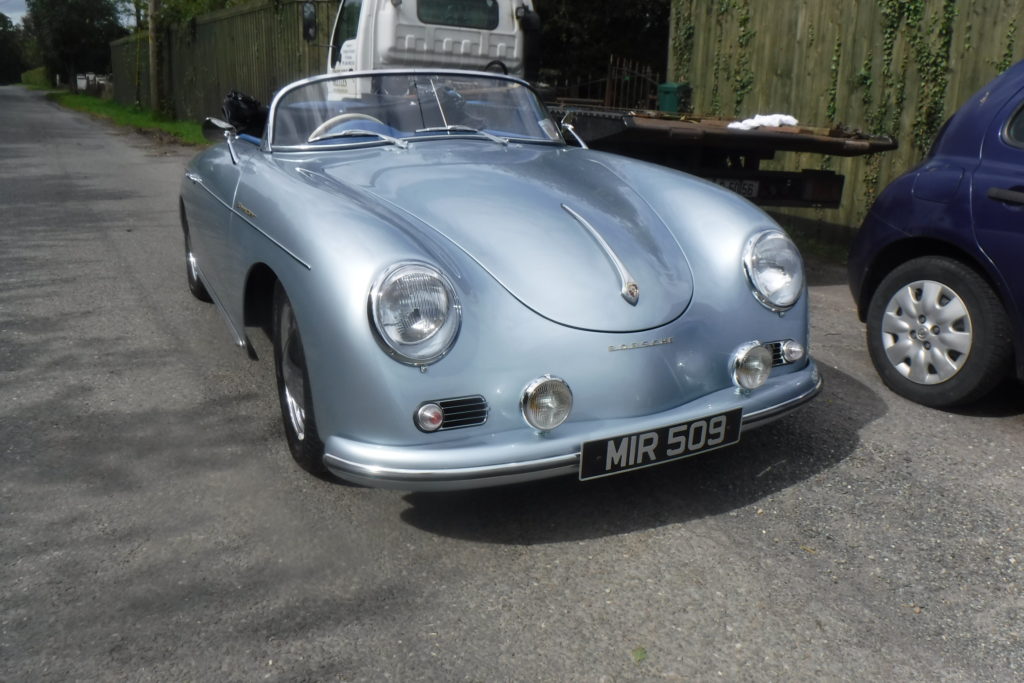 Staring life in 1973, this once 1200 Beetle was assembled in Dublin before being sent to Offaly to start its life on the road.

In 1997 it was traded into Emilio’s Beetles and at that point it took on the role of ‘loaner car’ for any of Emilio’s customers who needed a replacement Beetle while their pride & joy was being worked on. MIR 509 provided reliable service in this role until 2004 when the body parted ways with its floorpan which then went into storage, awaiting a new lease of life in the future.

Well the future happened in 2019 when the chassis was bought by Chesil Speedsters in the UK. It turns out that they had a customer in Ireland who wanted one of their awesome Porsche replicas, but on an Irish floorpan so he could have an original Irish registration. Emilio knew he had the perfect chassis with its 3 on 3 registration layout which would look perfect on the engine lid of this beautiful design.

The rolling chassis was loaded up and took a trip over to the UK, to Westfield Sports Cars who produce these replicas. The build was completed in 2020 and now MIR 509 is back on Irish roads, albeit looking a lot more high end than it did when it was first registered back in July 1973!