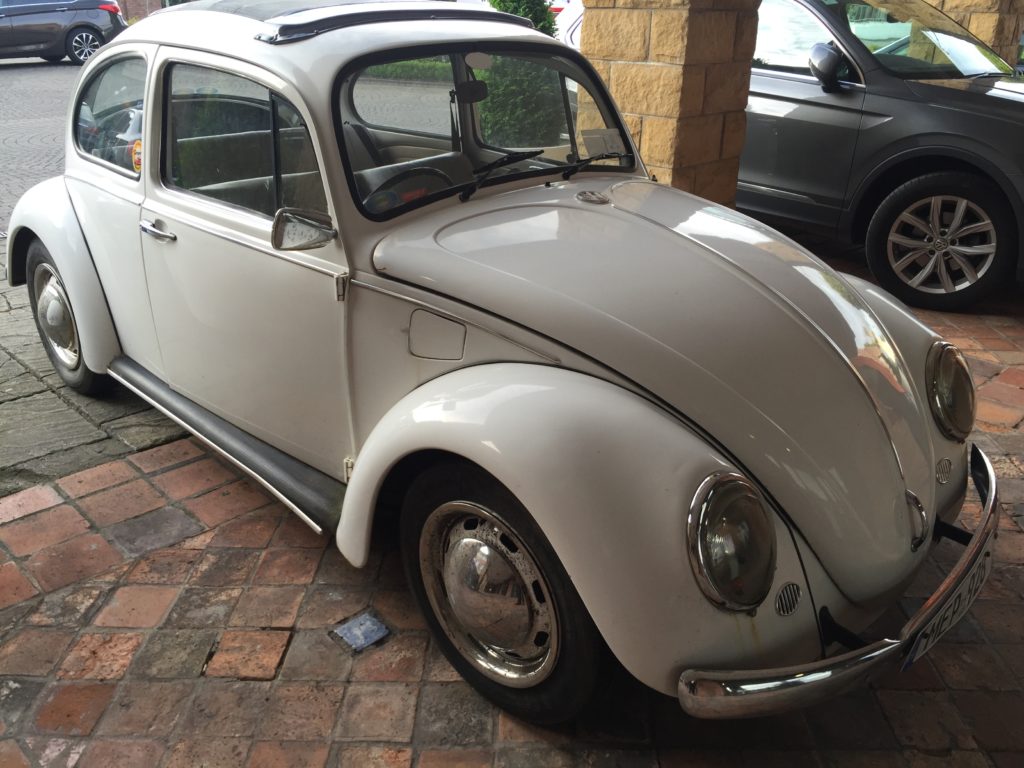 (a) Country of origin:
Cyprus

This Beetle was spotted outside the Castletroy Park Hotel in Limerick earlier this year. It’s originally from Cyprus but has been here for quite a few years now and has even attended a number of VW shows so it’s one of ours now!

I believe it’s a 1968 model and appears to be a Base Model or Sparkafer as it was called in Germany. This low specification Beetle came with a short headliner, trimless window rubbers, no passenger rear view mirror, the bare minimum of sound deadening and pre-67 panels. I’m not familiar with the model ranges offered in Cyprus and therefore not sure of its originality but VW did produce the lower spec version in 1967 and 1968 which also had the option for a fold back roof which makes this Beetle quite rare if it’s genuine. Again, I’m not sure how original to factory spec this Beetle is but aside from all that it’s a nice looking Bug with some rust but not too much, aided by the dry Cypriot weather!