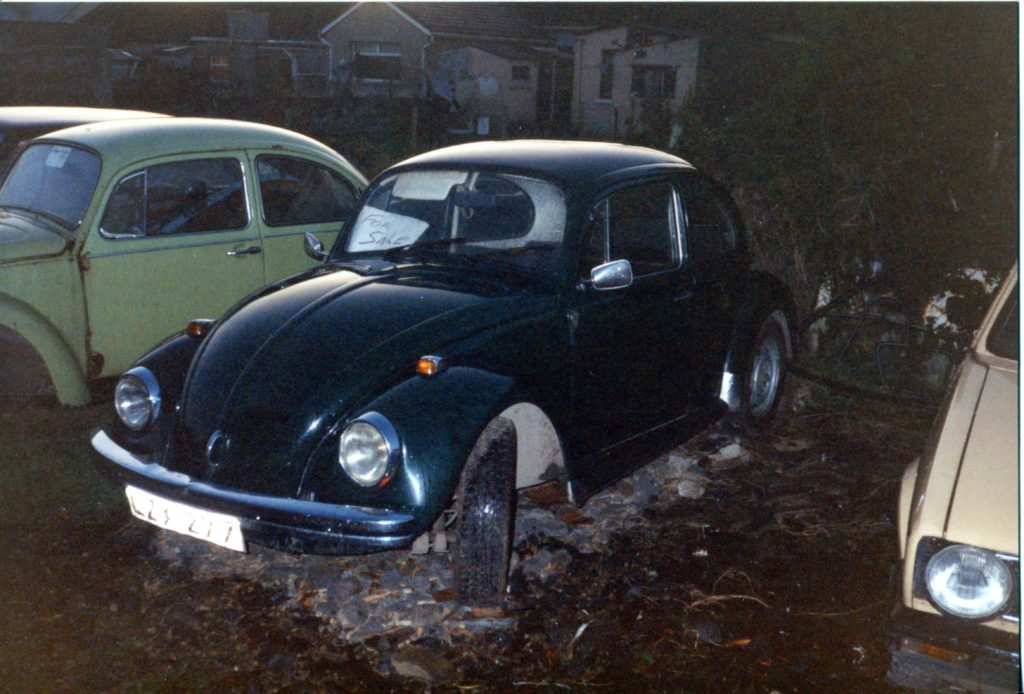 LZX 277 was last seen in Limerick City while it was having some mechanical work done. It was the early 1990s and the Limerick City based owner worked in a car body & paint shop and had recently fitted new wings and repainted the Beetle in a non VW dark metallic green, changing from the original colour of Lofoten Green (L61H).

The Kerry registered Beetle certainly looked smart and the new shade of metallic green really suited the shape of the Beetle. The owner was selling his Beetle at the time and we believe it was sold shortly after this photo was taken. Unfortunately we do not know what happened to this 1200 Beetle Deluxe that was originally sold from Divane’s of Castleisland in June of 1976.