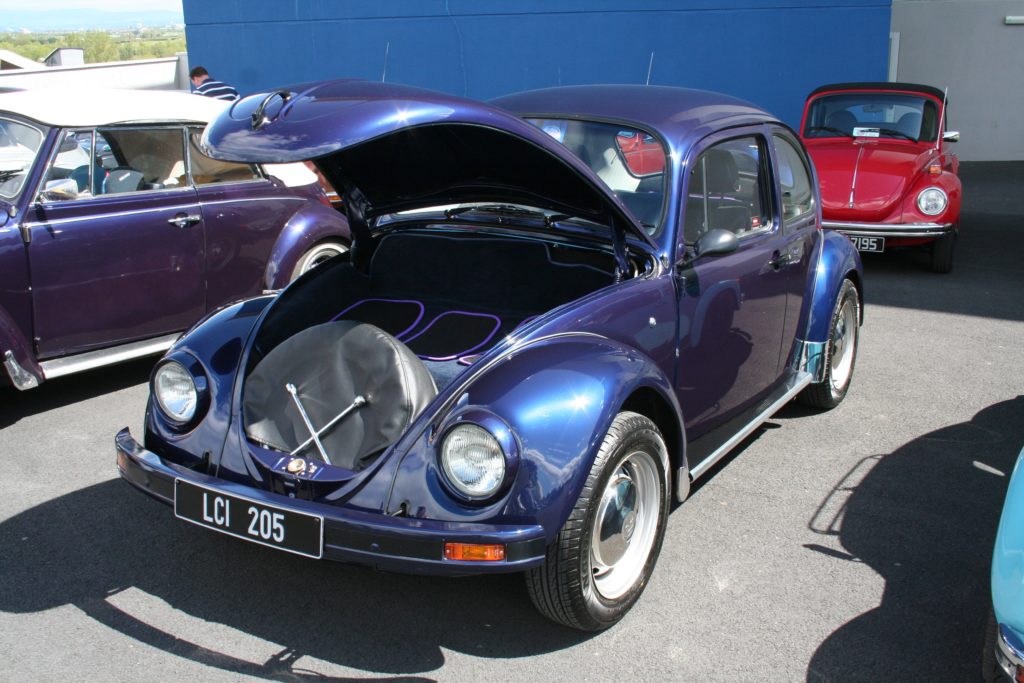 This particular Beetle was originally imported by MDL as a fully built unit and was a 1300cc model finished in Texas Yellow. As soon as it was unloaded from the boat at Dublin docks it was delivered to MDL on the Naas Road where is was logged and assigned to the selling dealer which was Cunningham’s VW dealers in Portlaoise. Once sold it was registered with the County Laois registration number LCI 205

We’ve seen this Beetle on the show circuit for a number of years but only recently caught up with it. Previously we had mentioned that some Beetle bodies were beyond repair but in order to save some old VWs and their Irish registrations, Emilio’s Beetles imported a number of Mexican Beetle bodies which were then fitted onto the then fully restored Irish floorpans. Ironically, VW themselves offered bodies as a separate part back in the day! In fact, you could build a complete Beetle from scratch using parts from their stores!

This Beetle was first restored and in around 2002 which is when the new body was installed by Emilio’s Beetles. It changed hands in the last few years it was given a freshen up by the current owner.

It’s a stunning VW and really stands out in a line-up of vintage VWs which we found out for ourselves when we couldn’t help but see this stunner at the 2019 Motorfest Ireland in Limerick.

I think it’s the combination of the colour, the colour coded bumpers and the slightly wider than normal rims that help this Beetle stand out from the crowd.