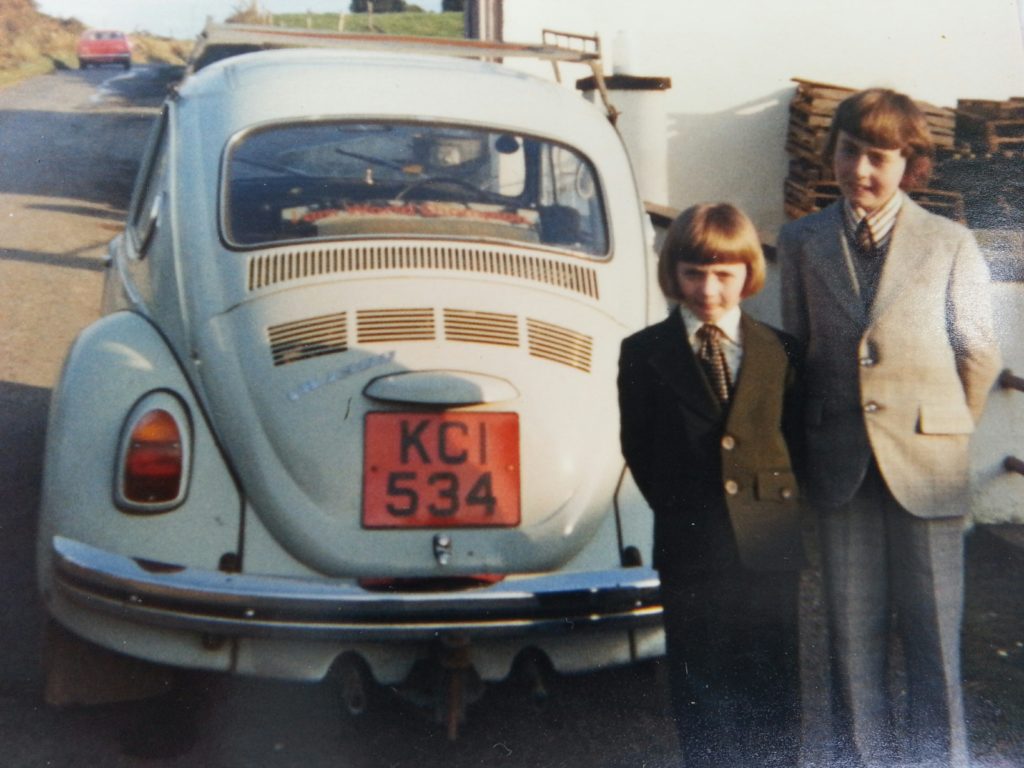 Thanks to Joe Nolan for sending this in to Beetle.ie 🙂

My Father bought this VW new from Maxwell Motors Athy. I remember the Special Edition Medal and its case which was in the glove compartment when my father brought the car home.

He mightn’t have realised it at the time but that was a very rare “World Champion” or Marathon Beetle Joe’s dad had. While there were 300 sold here in 1972, this one was one of only 85 1300cc engined World Champions that were sold in Ireland. Much rarer than the equivalent 1200cc engined version.

Interestingly, Joe’s photo shows a decal across the back screen that we’ve never seen before. It says “I am World Champion” and it ties in nicely with the fact that the Special Edition was released to commemorate the VW’s achievement of the most cars ever built by one manufacturer.

What you can’t see in the photo are the unique “Marathon” spoked steel wheels and chromed hexagonal centre caps. Those were unique to this model in Ireland.

As with so many other VWs that grace these virtual pages, knowledge of this one has been lost to the mists of time. As usual, we suspect it’s long since been scrapped but also as usual, we live in hope that it may turn up in a long-closed up garage some day!! If you know about it please fill us in!!