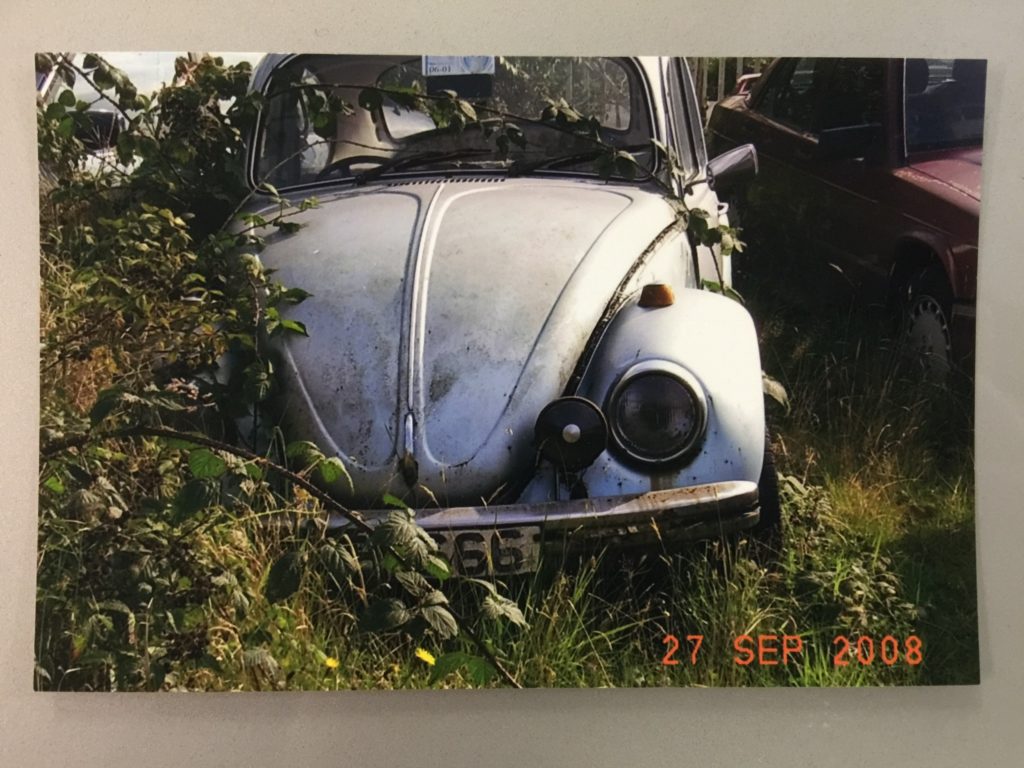 These two entries (JBI 141 & KBI 666) are linked as they both belonged to the same man in Castleblayney, County Monaghan. Christopher Conlon from Monaghan knew these old VWs very well and tells us all about this Beetle and the 1970 Karmann Ghia (JBI 141) which is also on the Beetle.ie Census. Sadly, both the Karmann Ghia and the Beetle have long since been scrapped.

“I remember having a good look around it I think around 1994 it was in lovely original condition had a nice original Blaupunkt radio. The owners father had bought it new in 1973. In the same family from new. It was a silvery blue colour and really stood out. My local doctor owned it and it was his father, also a doctor, bought it new. I think he took it over in about 1995 and then his sister drove it for a good few years too. Back in 1995 it was in lovely original condition and really was perfect which probably helped him keep it on the road until 2001.

It was in lovely condition when he got it & it was used until 2001 when it simply died. At the same time that he had the Beetle he had an Alfa Romeo 105 2000 GTV and then there was a LHD Karmann Ghia that he drove until this one could go no more.

He always drove older very interesting cars. He drove them until they stopped and then parked the in the yard at his house but he would never sell them. The poor Beetle was in lovely condition when he got it I remember looking at it and sitting inside it.

Doctor O’Gorman was a lovely man and was a very well respected man in the community.”