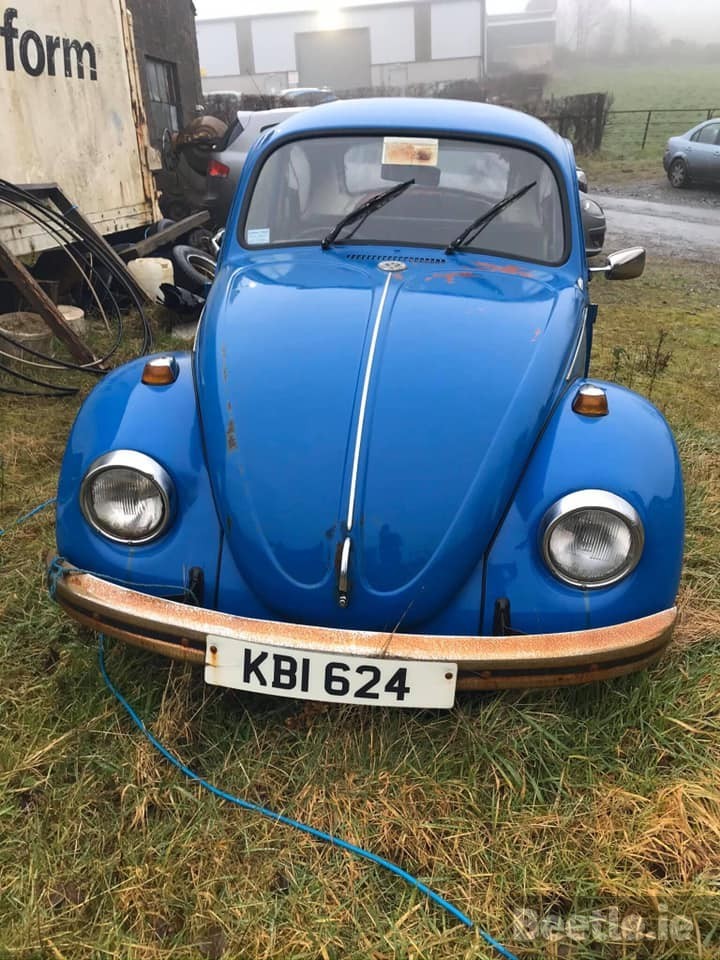 Ciarán Murphy’s photo dates from January 2020. It got our Trevor Brady all hot and bothered when he realised that this was not your average Beetle but one of the 300 original Irish 1300S Power Pack Beetles. Trev has been recording and documenting all Irish issued and assembled Special Edition Beetles so this was a new one for his list. It’s number 108 of 300, but that number will rise as more 1300S Beetles are identified, be they scrapped or still alive in some form or another.

Obviously this Monaghan registered Power Pack Beetle has seen the inside of a bodyshop as it no longer wears the vibrant Tomato Red (L30M) paintwork that it left the factory in Belgium with back in late December 1972. If you look closely you can just see a little bit of the original paint coming through at the top of the bonnet.