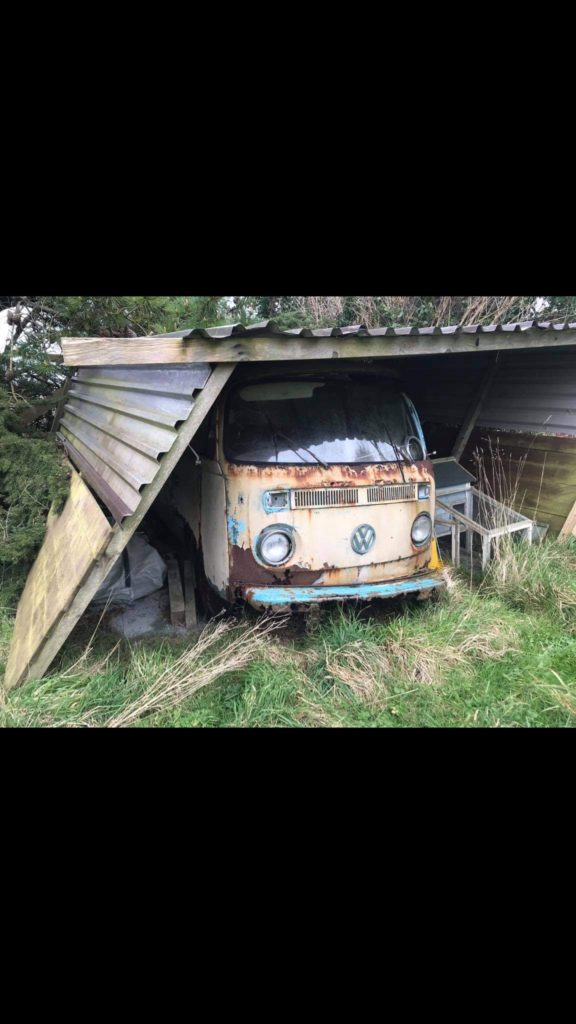 Barry Warren is a man well known to Beetle.ie as he has an ability to sniff out old VWs at an alarming rate! This Bay Window is one of the Volkswagens he has dragged home before it was scrapped and lost forever. Barry knew about this Bay and a Beetle (9314 ZI) for over a year but could not find the owner to enquire about them. Finally after a lot of investigating Barry was able to discover that the house had been sold and the new owner wanted to sell them off. For a nominal amount Barry was able to take away this Bay and the Beetle. The Beetle’s body is not so good but the chassis will be saved however the Bay is actually better than it looks according to Barry.

It looks like this Bay Window was originally finished in Atlas White (L91Z) but it’s had many paint jobs over its lifetime so we’re not 100% sure. The Type 2 was sold in Waterford in August 1976 and now sits not too far away in Barry’s workshop awaiting its turn on the restoration block.