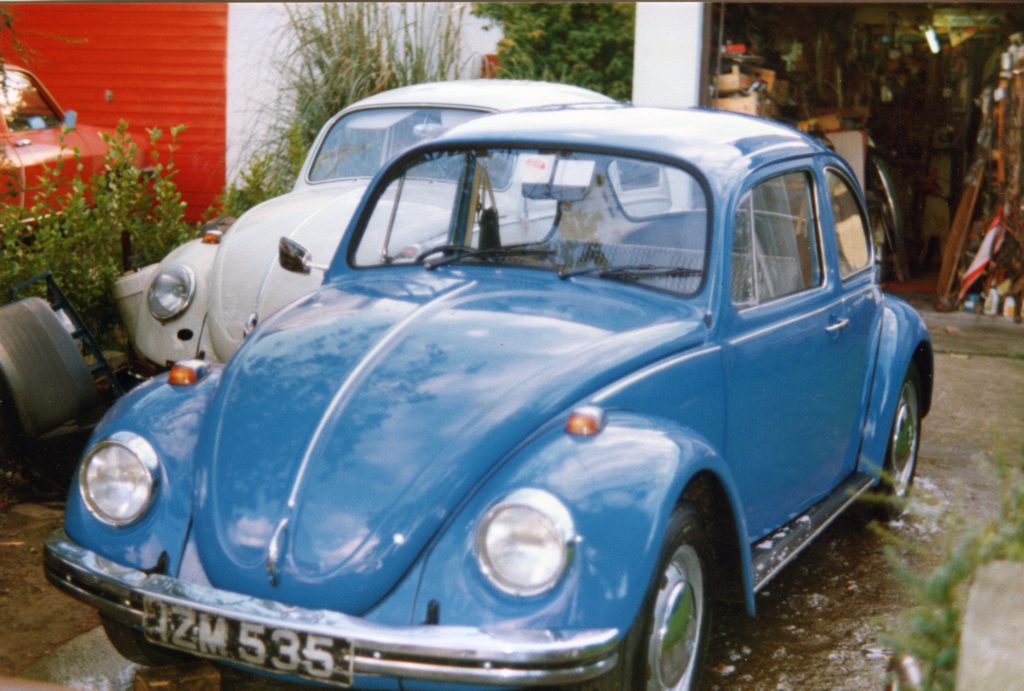 Two photos of the one Beetle. The side-on photo was taken as the Beetle was being a-framed home by the new owner and the head-on photo is after the Beetle was given a refresh and was about to be advertised for sale again. All this happened in Kildare c.1992.

The Beetle itself was a 1200 Beetle Deluxe that was assembled in Dublin towards the end of October 1972. The Gentian Blue (L51B) Beetle was then sent to Spooner’s of Roscrea to be readied for sale. It was sold to its new owner who lived in County Galway in the first week of November 1972. Where is it now? We’re not sure because we have not seen it in our travels since but there’s always hope that it survived.