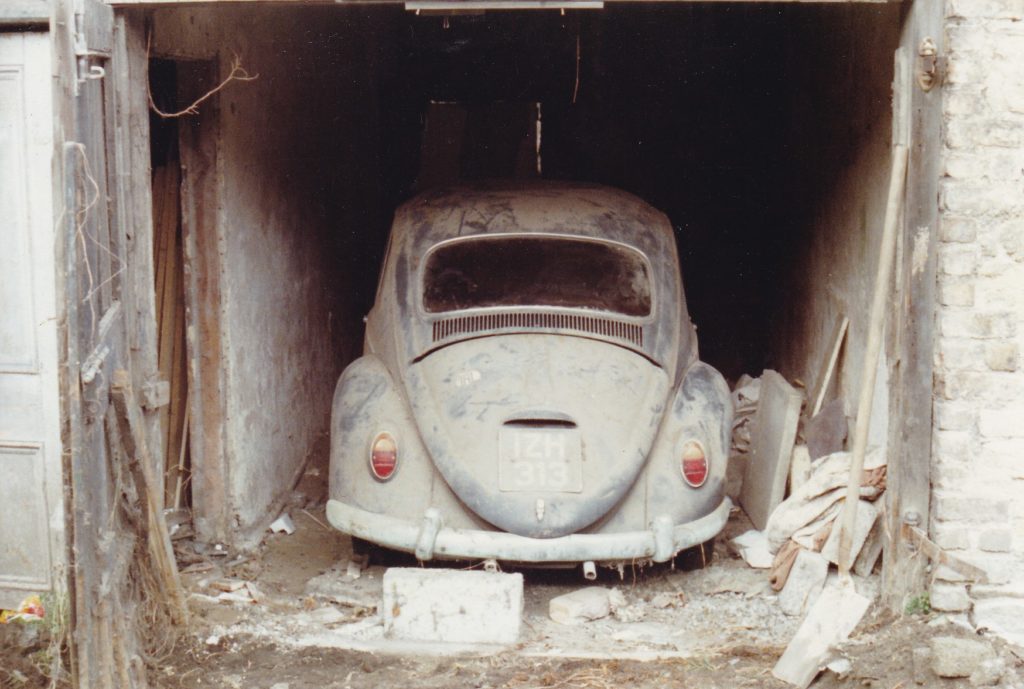 This forlorn looking Beetle was discovered in a Dublin city mews many years ago, in the late 1980s I believe. It was pulled from its resting place and brought to Loughlinstown where an assessment took place before a light restoration began. After a number of years of stop-start restorations in between house moves, the owner realised he was never going to get on top of the restoration and so put the Beetle up for sale. It was then bought by an Eircooled VW Club member who fully restored the Beetle just in time for his wedding. The Beetle has been with this owner ever since.

When this Beetle was assembled on the Naas Road it was quickly dispatched to Ballsbridge Motors where it was put on display and sold within days and was registered to its new owner on November 11th 1964.