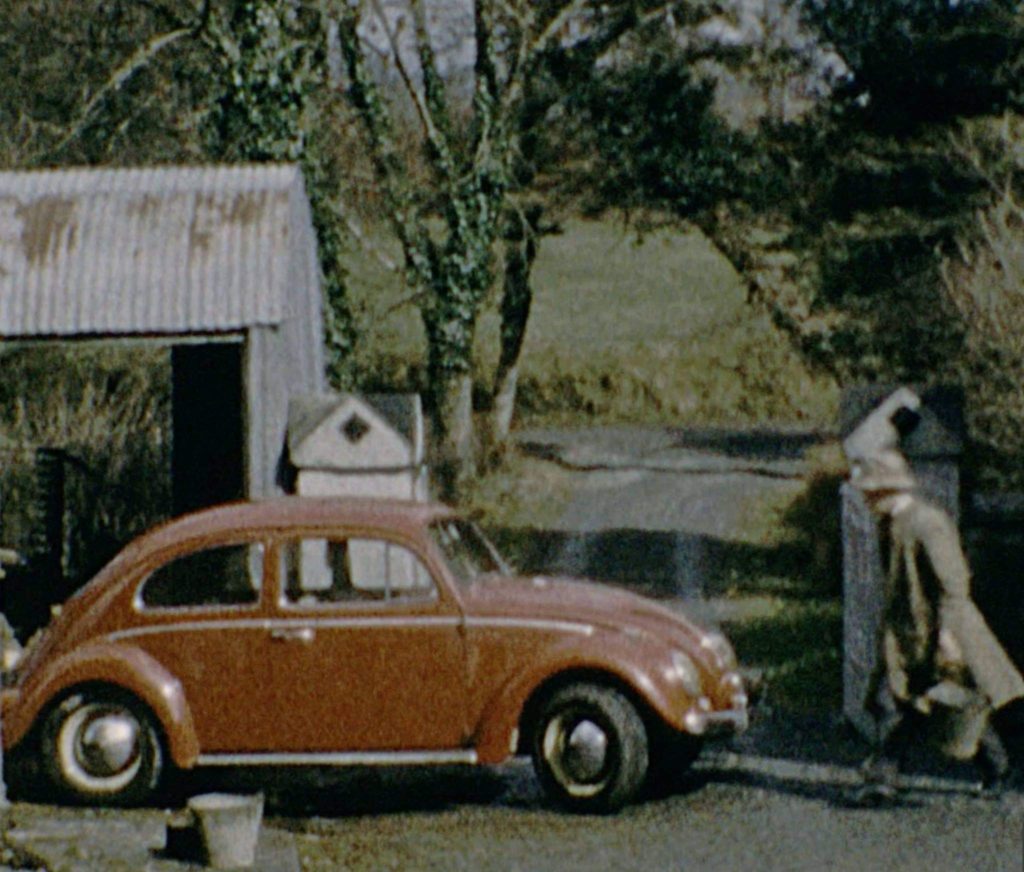 Patrick Lynch was in touch with these great period photos. The photos show a very well minded Beetle and its very proud owner who is Patrick’s uncle, Eugene Lynch.

Eugene bought the 1960 Beetle new from Cassidy’s of Arva which in later times became Brady’s of Arva, Eugene paid £540 Irish Punts for his new red Beetle. The Beetle was registered in Longford (IX) so perhaps it was an inter-dealer trade. This often happened when demand outstripped supply so if a dealer had a Beetle in stock, new or even registered in their county as a demonstrator, it would be sent to another dealer who in turn could offer their next Beetle off the line to them or they would pay the dealer for the Beetle there and then.

Eugene’s Beetle was a 1960 1200 Beetle Deluxe in Ruby Red (L456) and must have looked amazing with the fresh chrome gleaming.  Eugene said to Patrick that it was the new model with the bigger window and indicators on the wings as opposed to semaphores in the B pillars and he is right because the Oval Window Beetle had only just finished in late 1957. The Oval must have looked very dated when compared to Eugene’s Ruby Red Beetle. The 1200cc engine increased to 34BHP in 1960 and the door handles now had a push button operation instead of the ice pick style pull handle up to this point.

After three years of loyal service, Eugene traded his Beetle in for another one, a blue one this time so the love for Beetles continued.

Thanks to Patrick for submitting his uncle Eugene’s Beetle to the Beetle.ie Census and of course to Eugene himself for all the information on his old Beetle.