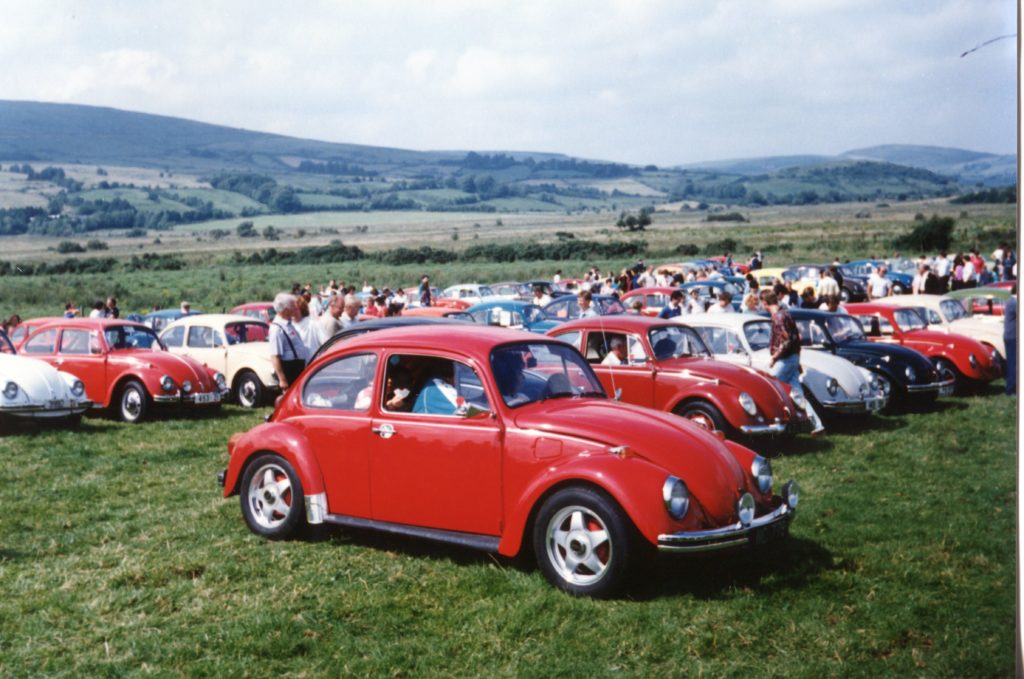 If you wanted to capture the heyday of the Irish Volkswagen club and show scene in one photo then you can’t go wrong with a photo from the Kilcommon Festival.

The photo of this May 1974 Carlow registered Beetle that I took at the 1991 Kilcommon Festival screams customising as it was back then thanks to the then modern wheels fitted by the owner. They symbolise everything that was Volkswagen scene in the early 1990s!

Fitting modern alloy wheels to your classic Beetle isn’t really done nowadays but it was massive at the time and when you opened any issue of Volksworld Magazine from that period you could be sure you would have been drooling over a show car that was wearing rims that would have been plucked from an alloy wheel catalogue that was meant for modern cars of the time such as modified Ford Escorts and Sierras, Rovers or Peugeots and the like. The more unique the better was the goal. Some worked well on the classic Volkswagen but others were a little harder on the eye but that was the fun of vintage VW ownership back then.

This particular Beetle was restored to a very high standard and the wheel choice wouldn’t look too out of place at a show today but sadly this Bug seems to have disappeared and wasn’t seen much after this photo was taken.