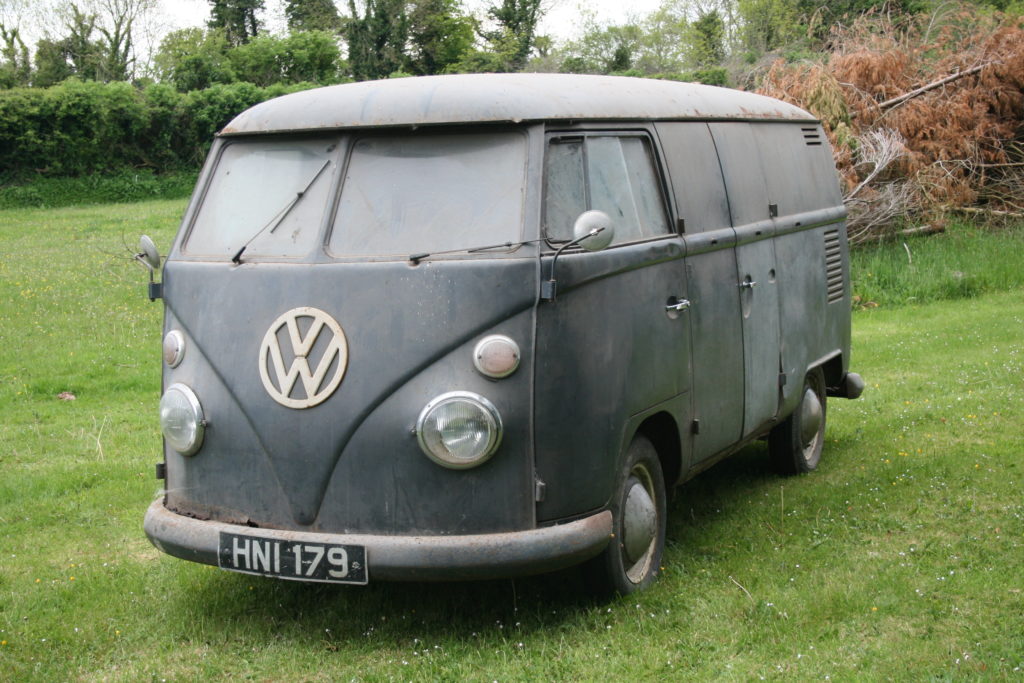 I have owned this split screen panel van for seven years having bought it from Ben Byrne from Celbridge. It’s a RHD Irish built CKD model and rolled off the assembly line in Dublin in 1964. In my ownership (apart from gathering more dust) has made appearances at the Limerick VW Show in 2015 and Jumpstart in 2016. It starts, drives, its currently taxed and insured but has seen very little road time recently.
It has had a few knocks over the years but is in reasonable condition. It’s approx. 90% original paint and retains the original seat covering, dividing panel, shamrock glass, 1200cc engine and gearbox with 40k miles.
VW vans in 50’/60’s Ireland were well used, particularly commercials, and unfortunately very few survive today. Thankfully this one survived and this is mainly due to the second owner, a German man who owned it from the late sixties to the late seventies. He returned to Germany ever winter leaving the van sitting on axel stands in his garage in Wicklow. In the ‘80s Derek Sheane took ownership and he also played a big part in its preservation, he owned and stored the van for approx 20 years.
After purchasing the van, I discovered it had briefly been registered to a company called SEF Co-Op (late seventies/ early eighties). My father worked for SEF Co-Op at the time, he didn’t drive the van but some of his work colleagues who remembered it have since called to see it.