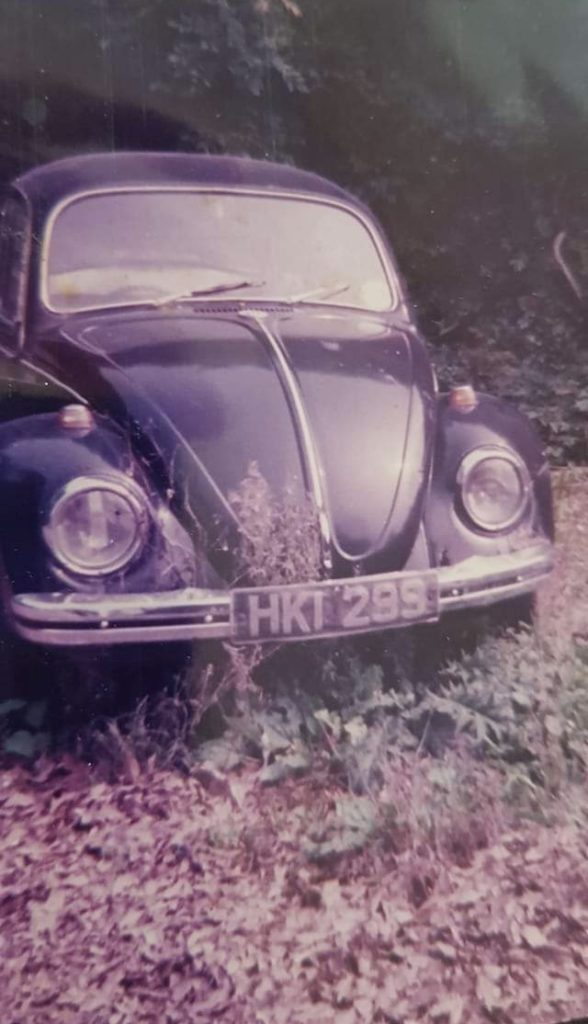 Thanks to Patrick Dunne for submitting this neglected looking Beetle to the Beetle.ie Census.

“This photograph was taken in the Whitechurch House Hotel in Cappa near Dungarvan in County Waterford way back in 1984. I believe the owner had died and the car was abandoned.”

This May 1968 Waterford registered Beetle didn’t make it to the 1993 digitising of the car tax records which tells us it wasn’t on the road. This tallies with Patrick’s comments above where he notes the car was abandoned which is a shame really because it looked to be in reasonable condition but in 1984, this was just an old car, a 16 year old car abandoned in a car park so was scrapped. The Beetle Deluxe was finished in VW Blue (L633) and was powered by a 1200cc engine.