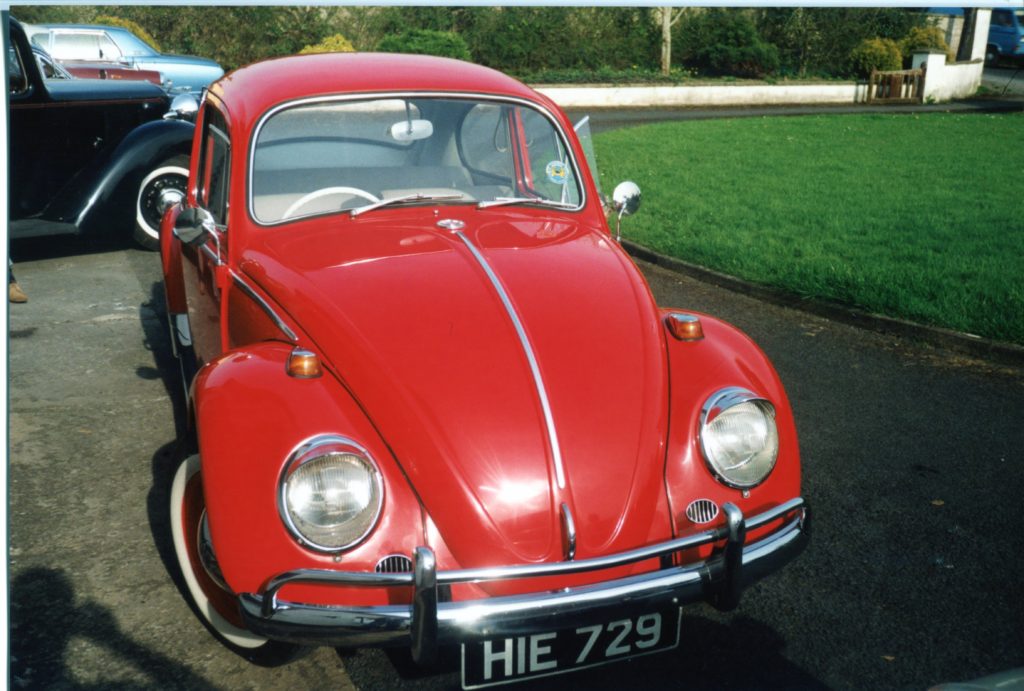 Some would say that a red 1960s Beetle is the best one to have in your garage and looking at this 1965 1200, it’s hard to argue against that statement.

The older photos were taken by myself at Michael Daly’s house in County Limerick many years ago. Michael owned Estuary Fuels in Limerick and was a massive classic and vintage car enthusiast. Not only did he have a fantastic and eclectic collection of cars from the 1920s through to the 1970s but he was also one of the main sponsors of the Beetles Reunion which was held in Limerick in the early 1990s.

This particular Beetle was restored by Colin & Glenn Williams back in the early 1990s for Michael and it still looks excellent today when you look at the photos I took recently when it was in a VW specialist having some recommissioning work carried out. Sadly the original number plates have been removed, as have the towel rail bumpers but other than that, it’s exactly as it was when it was winning prizes at The Beetles Reunion.

When I first saw Michael’s Beetle, it had been painted yellow and had and upright headlight conversion on the sloping wings which was the oddest ‘modernisation’ I’ve seen on a Beetle. Thankfully the restoration soon brought this Beetle back to originality.

Sold from The Service Garage in Limerick and registered in County Clare, this June 1965 1200 Beetle Deluxe has survived very well.

UPDATE 15-03-2021: We’re adding a photo that was taken by Aongus MacCana for his report in VW Motoring Magazine on the 1992 Beetles Reunion show. The photo show the late Michael Daly and both Glenn and Colin Williams who restored this Beetle for Michael. The Beetle had won its class that year.