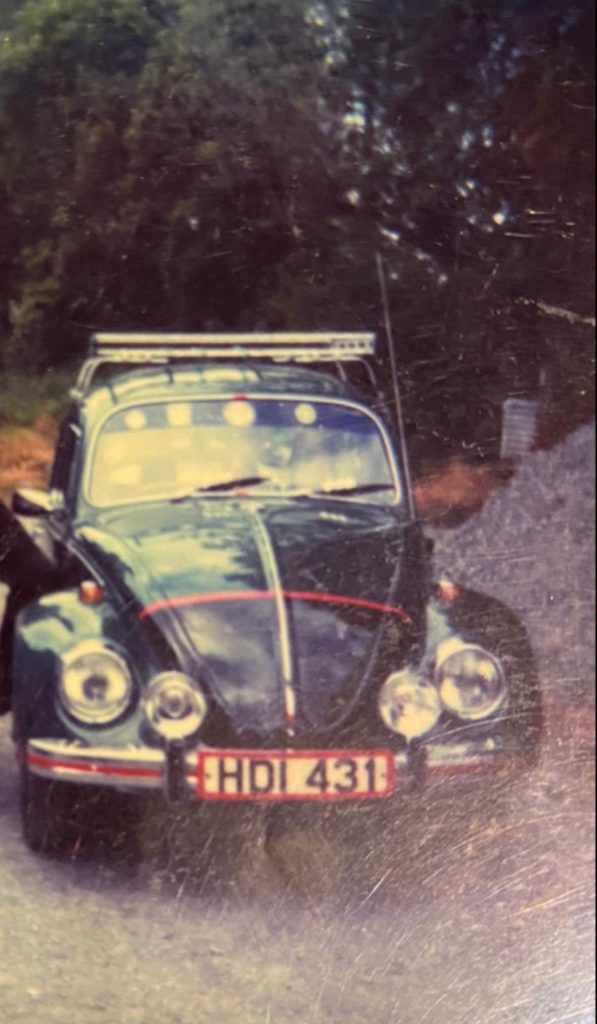 I’m trying to find my fathers old Beetle.. hoping it is still alive…He sold it in 1990 after owning it from new.

My father bought the Beetle new in 1970 in O’Reillys VW Longford …. it was his everyday car for 20yrs and at the time he sold it it was still in pristine condition.

It was a dark green Beetle reg HDI 431
It had a 1200cc engine. My father is a Roscommon man but married my mother and moved to her home place in Leitrim… that’s why it’s a Roscommon reg. HDI 431. Was sold in Leitrim in 1990 to a chap from Skerries I’m nearly sure…..”

Beetle.ie: Thanks for getting in touch Terry. We hope you find your dad’s old Beetle. It was assembled in Dublin in July 1970 as a Delta Green (L610) 1200 Beetle Deluxe but wasn’t sold from O’Reilly’s until late in August 1970. It was registered when your dad bought it on September 1st 1970.

Your dad clearly loved his Beetle because he spent time modifying it by adding spotlights, red stripes in the bumpers and around the number plate, wind deflectors on the wiper arms, a roofrack and a vinyl windscreen sunvisor. All very cool accessories to add. The bonnet looks to have been painted in black on the lower half with a matching red stripe at the top. Very cool.

If anyone knows what became of Terry’s dad’s Beetle please get in touch as Terry would love to find out more about its life after Leitrim. We’d be thrilled to be able to pass on some information to Terry so drop myself or Trev a line at Cathal@beetle.ie or Trev@beetle.ie with anything you have on this Beetle.