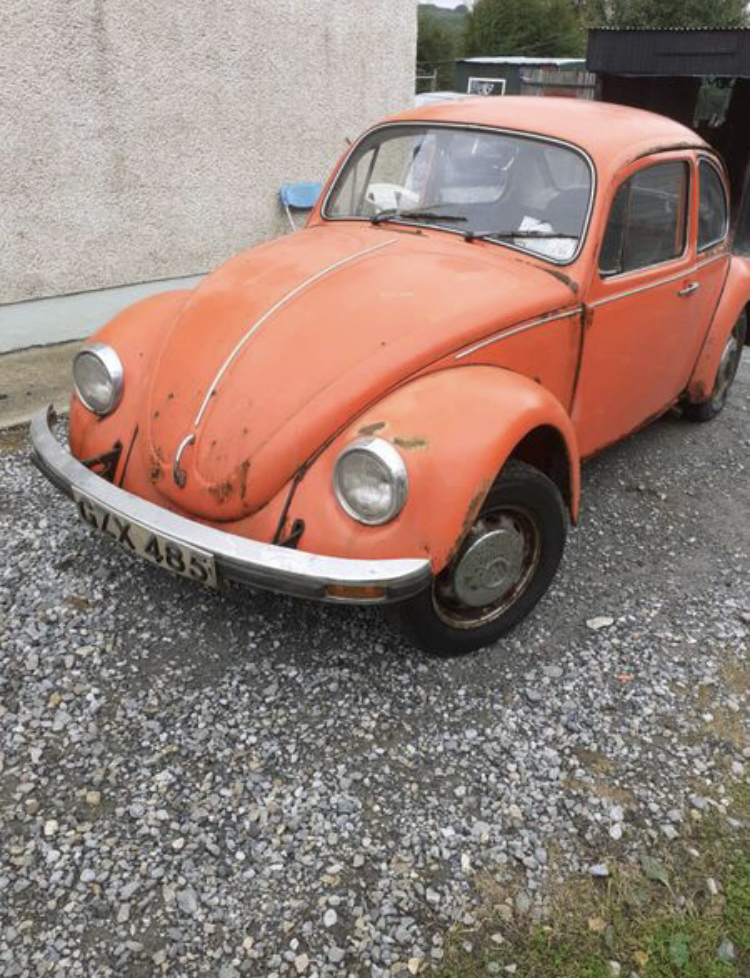 This is the second Kerry registered Beetle in as many days that Noah Ryan spotted and added to the Beetle.ie Census. The other Beetle is CZX 474

It’s hard to make out from the photos but it looks like this 1200 Beetle Deluxe is finished in Phoenix Red (L32K). The Beetle looks to be the perfect base for a restoration, having never been modified and as it did the day it left the Dublin factory, apart from the early speedometer.

Like CZX 474, this Beetle was sold as a restoration project so with a little luck and a lot of hard graft in the garage, this Irish assembled Beetle might make it back out on the roads of Ireland once more.