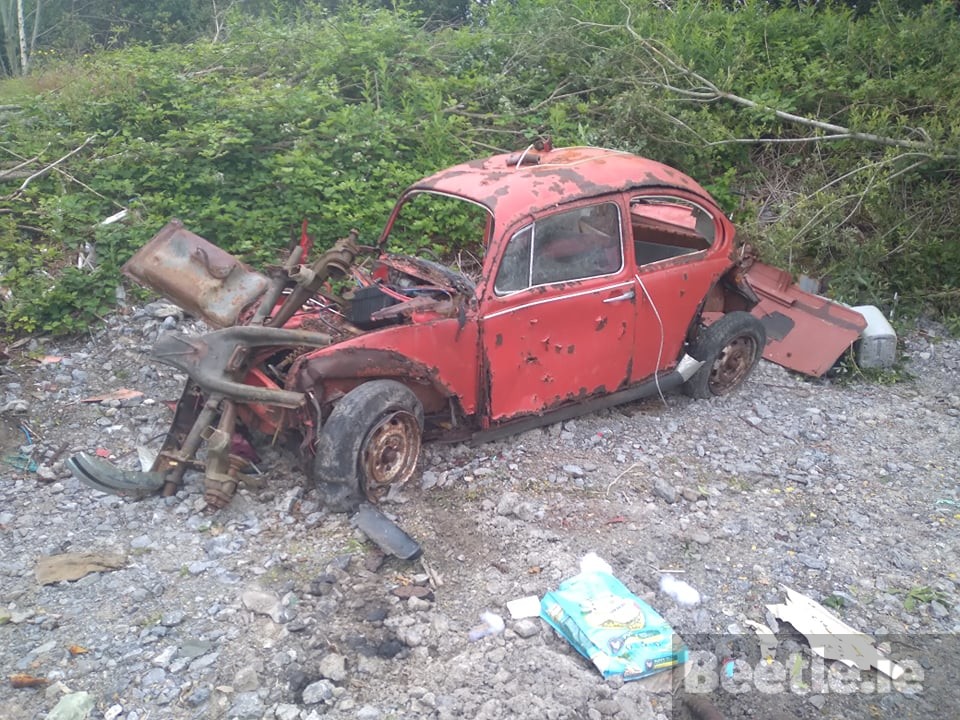 Admit it, when you first saw this Beetle on the Census list you assumed it was off to the scrapyard to be weighed in because it was way beyond repair but that’s not the case. When we were sent these photos we thought exactly the same but according to Mossey Conlon in Sligo, a man that doesn’t run from the rustiest of VWs, this will see the road again. So confident in his statement that when he said (on a Friday evening) that this Beetle would have new floorpans by the end of the weekend, we couldn’t resist the bet. Mossey won!

We couldn’t believe it ourselves but Mossey got stuck in and had the body discarded and he focussed on the floorpan first. Off came what was left of the original floorpans and in went fresh new floorpans on both sides. Check out the photos if you don’t believe us!

Obviously the hard bit now for Mossey is to find a replacement body but knowing Mossey, that’s not going to be a problem.

This 1976 County Meath registered Beetle is still powered by its original engine and gearbox and they will happily push this Beetle along the Irish roads again as soon as Mossey gets through with the restoration.