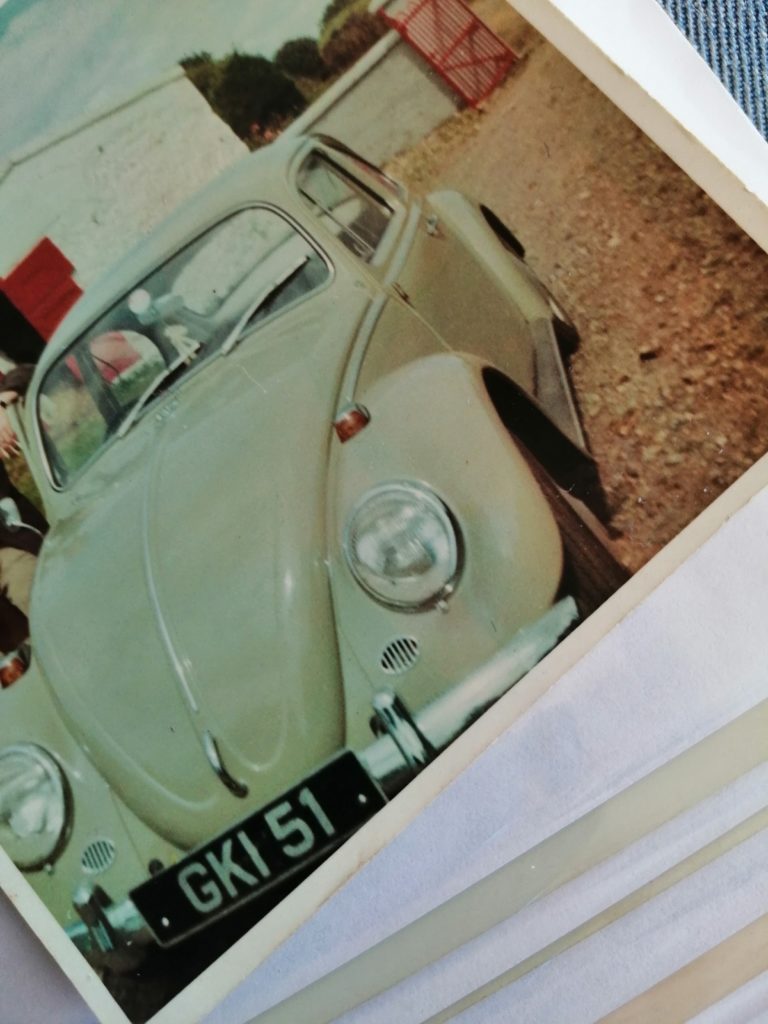 Photo of my father’s old Beetle which was the only car he ever bought new. I don’t have any other information on it because dad isn’t really a car person whatsoever!! This photo was taken in the late 1960s I think (photo not dated) and by the look of the car, not long after he bought it.