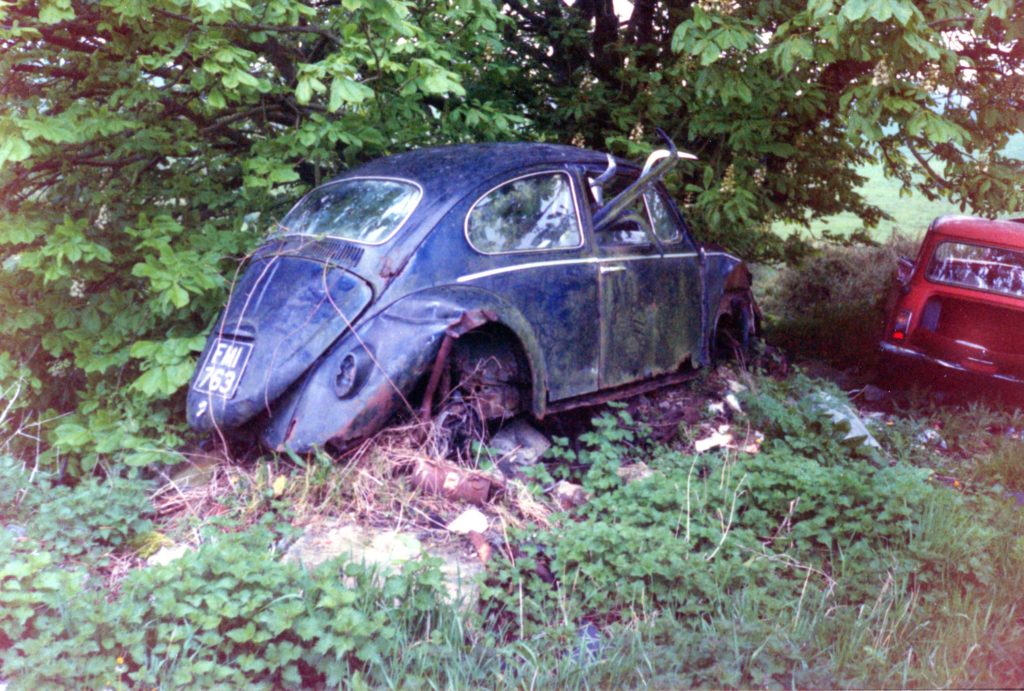 The date on the back of this photo is 27th April 1991 but for some reason I never noted where I took this photo.

This 1964 Wexford registered Beetle had served its owner well and was put out to pasture quite a few years before I found it. The Black (L41) 1200 Beetle had given up some of its parts to other Beetles and it was quite rusty at that stage so no doubt was left to rot into the ground, although if found today any enthusiast would lay out a lot of money to try and restore it back to its factory specification because any early VW is worth restoring, especially an Irish built Volkswagen.

A 1960s Beetle with black paint and a red interior is probably the quintessential ‘old Beetle’ look and is certainly quite desirable today.