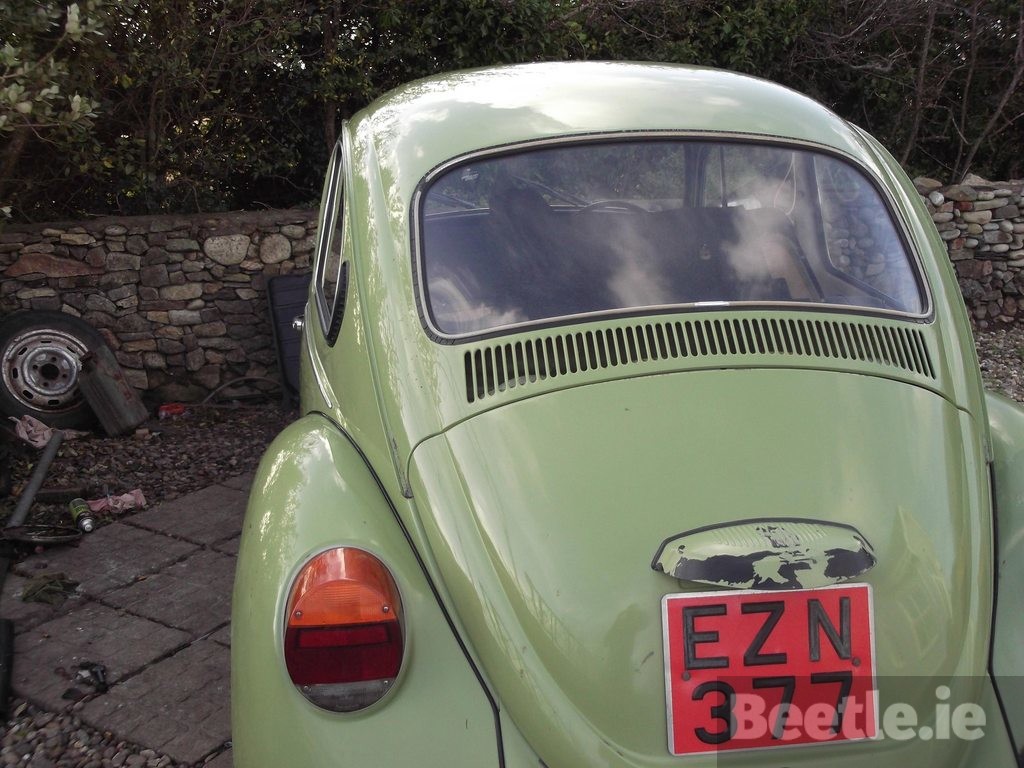 I’m a sucker for a green Beetle, Lofoten being my favourite but Manila Green comes a close second. This particular Beetle was discovered by Barry, a member of Eircooled car club a number of years ago, maybe around 2014 I think. Barry couldn’t believe when he began to remove the layers of dirt just how clean and solid it was. For a Beetle that didn’t receive any real love and attention, this Beetle was exceptional.

Assembled in Dublin in late December 1976, this Manila Green (L63Y) 1200 Beetle Deluxe was first registered in January 1977 in County Meath and it stayed there until Barry moved to England. Despite having not completed the restoration, Barry took his Beetle with him to the UK and continued his restoration. In or around 2016, Barry sold the Beetle as an unfinished project to a fellow VW enthusiast in the UK and I believe the restoration is ongoing.