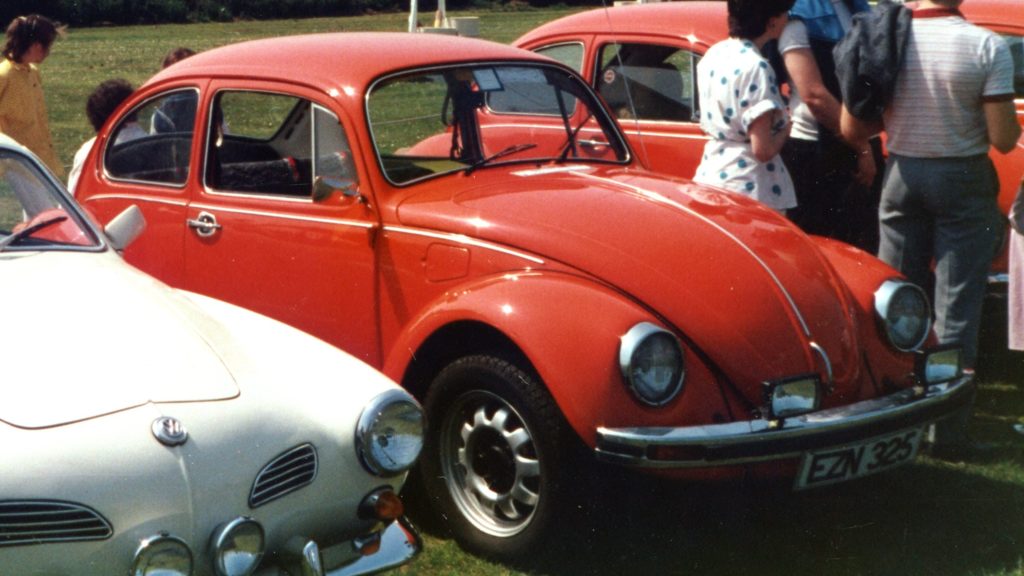 Here’s a great shot of a Beetle we’ve never seen before. It was taken at Howth Hill back in the mid 1980s and as you can see, it was joined by not just other Beetles in the lineup but also a beautiful Karmann Ghia.

The Phoenix Red (L32K) Beetle was assembled in Dublin and was sold to its first owner in in February 1977 who was based in County Meath, hence the ‘ZN’ registration. You can clearly see that the then owner of this 1200 Beetle Deluxe was an enthusiast as they were part of the Volkswagen Owners Club of Ireland display but more importantly, you could tell they loved their Beetle as they had added accessories such as Marathon wheels, chrome finger plates on the doors as well as front spot lamps.