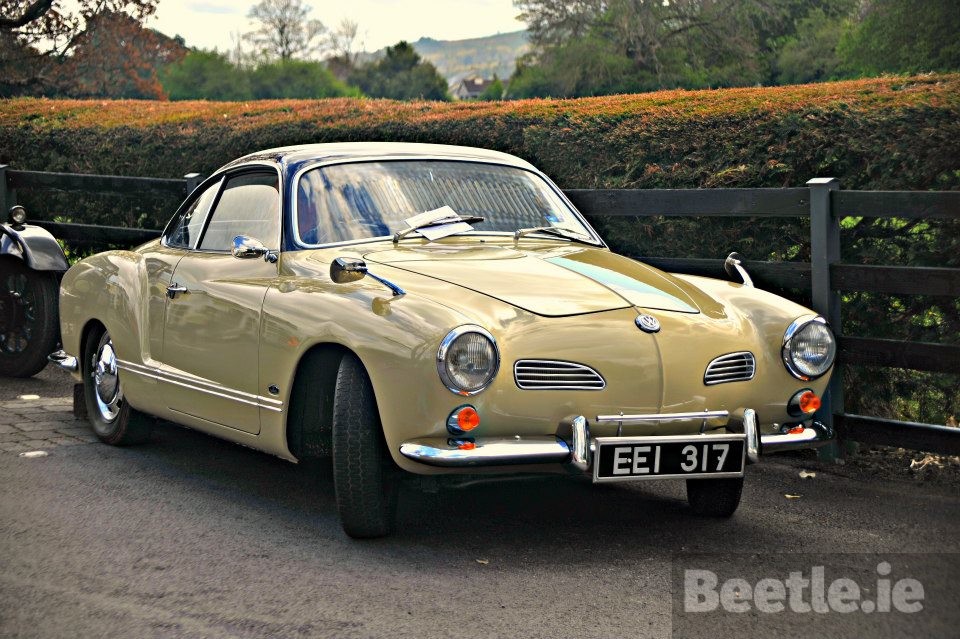 EEI317 was spotted and photographed by Roger O’Sullivan at the 2013 running of the Clonmel Vintage Club & Morris Minor Run which was held on May 4th 2013.

Having spoken to the son of the owner we have found out that this beautiful Type 1 Karmann Ghia was originally destined for the UK market. It was built on March 22nd 1967, finished in Castillian Yellow (L10K) which is also known as Castillo Yellow (L10K) before leaving the factory on March 28th. It arrived into Ramsgate before being dispatched to its first owner.

What we also found out is that this 1500cc Karmann Ghia was once owned by the Irish Country & Western and showband singer Massie McDaniel. It was bought from a car collector in Dungarvan in Waterford in or around 2006. That collector had previously purchased it from a probate.

I’m sure the family of the first owner int he UK would be amazed to know that this gorgeous Type 1 Karmann Ghia is living a charmed life in Ireland and is only take out on fine days.