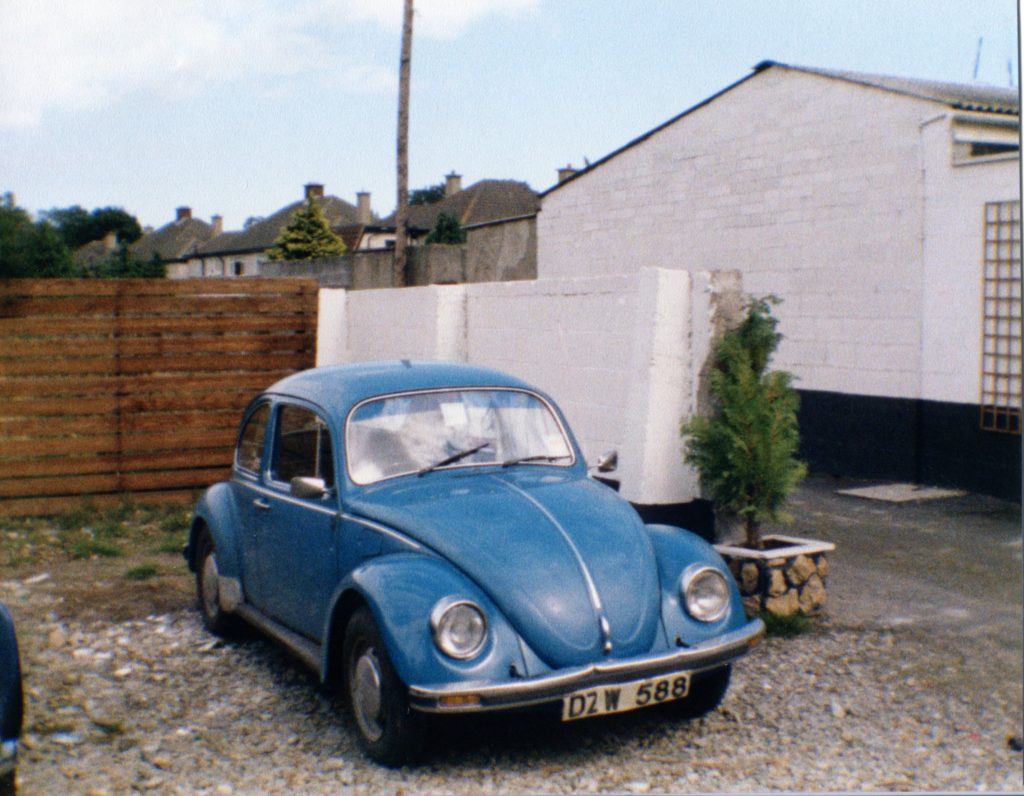 Only one solitary photo exists of this 1977 Beetle, well, in our records anyway. Assembled in Dublin in the final year of Beetle assembly in Ireland, this Ocean Blue (L57H) 1200 Beetle Deluxe was last seen in the car park of the Leopardstown Inn back in 1989. It was parked there as part of the VWOC of Ireland monthly meeting. The Volkswagen Owners Club of Ireland met there quite a lot and in the good weather, it would almost be a mini show in its own right.

As I mentioned, this Beetle was assembled in Dublin. It rolled off the MDL line having been finished in Ocean Blue and powered by a 1200cc engine. It was then delivered to Fitzpatrick’s VW Dealership in Kildare where it was ultimately sold from. It was registered in Kildare on August 11th 1977, making it one of the last production batches of Beetles to be sold in Kildare.

When I photographed this Beetle in 1989 it was still powered by its original 1200cc engine and although wearing a few battle scars, it was largely original, with most of its original paint, original number plates and accessory stone guards in place. A nice honest little Beetle that was very much in daily use back then.