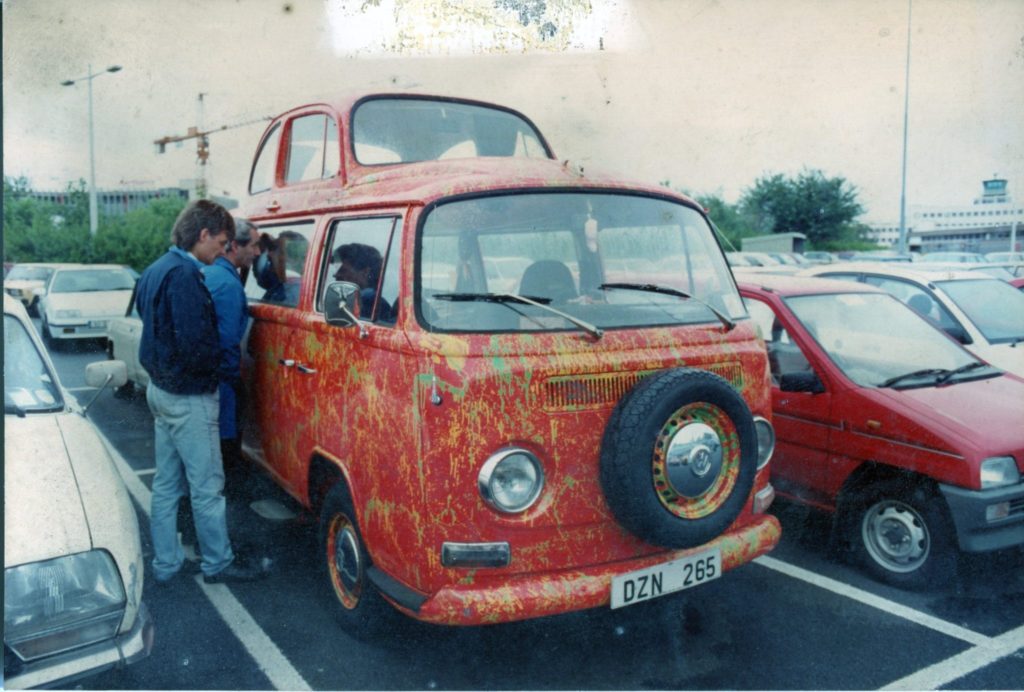 When this Early Bay rolled off the German production line I’m sure the person carrying out the final quality control checks had no idea what lay ahead for this once standard VW!

From what we have been told, and we’re always up for correction, this Early Bay was modified by an aircraft engineer working in Dublin Airport. It’s an imported Bus, so possibly a UK import Double Door Early Bay. It was registered to its first owner in County Meath in September 1976 who may have been the engineer.

We do not know when the conversion took place but it involved welding on the upper section of a Beetle to the roof of the camper. In doing so it gave a massive amount of headroom for anyone changing clothes or cooking in the camper. We’d love to see more photos and know more about it because it took a huge amount of work to get this done and being an engineer, we can only assume it was done to exacting standards. One detail we love is the use of the Beetle bonnet, including the handle! In doing this, the builder has added a slight curve to the front of the roof and therefore giving a little extra aerodynamics to this not so aerodynamic camper.

What happened to this crazy camper? This photo was taken in Dublin Airport in the early 1990s and it appeared that the camper was being used every day. If you know more why not get in touch because this one is fascinating.