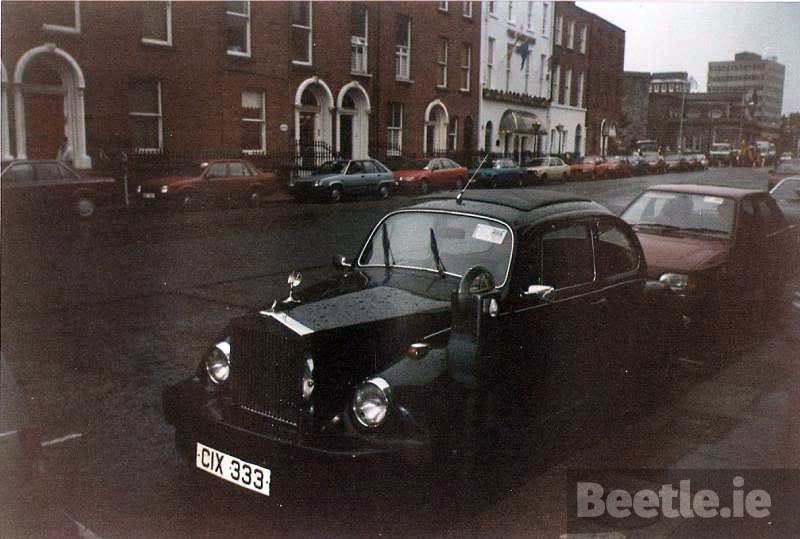 This heavily modified Beetle, believe it or not, was once a 1300S /Power Pack Beetle!!! The photo was taken on Leeson Street in Dublin and shows one of the many ‘upgrade’ kits you could buy to turn your humble Beetle into a swish looking mini-Roller!

Thanks to John O’Sullivan for the photo.

UPDATE 18-01-2021: Thanks to John O’Sullivan for sending on this photo which was taken in Europa Cars, Blackrock. The photo was taken at the time that John’s late father, Mattie O’Sullivan, owned this 1300S. As you can see, by the time Mattie got the Beetle it had already had some alterations including wider fibreglass wings and bumpers but the colour looks to have remained the same Tomato Red (L30M) that it left the factory with. The wings are so oversized that the original Lemmerz GT rims look minuscule in the arches! Thanks again John for submitting.

We also have to thank Patrick Lynch who also submitted a photo of the very same Beetle in what looks like the Phoenix Park. It’s hard to make out in the photo if the Beetle has been painted red or if the old photo is making the Tomato Red paint look darker. Either way, it’s great to have these old photos.