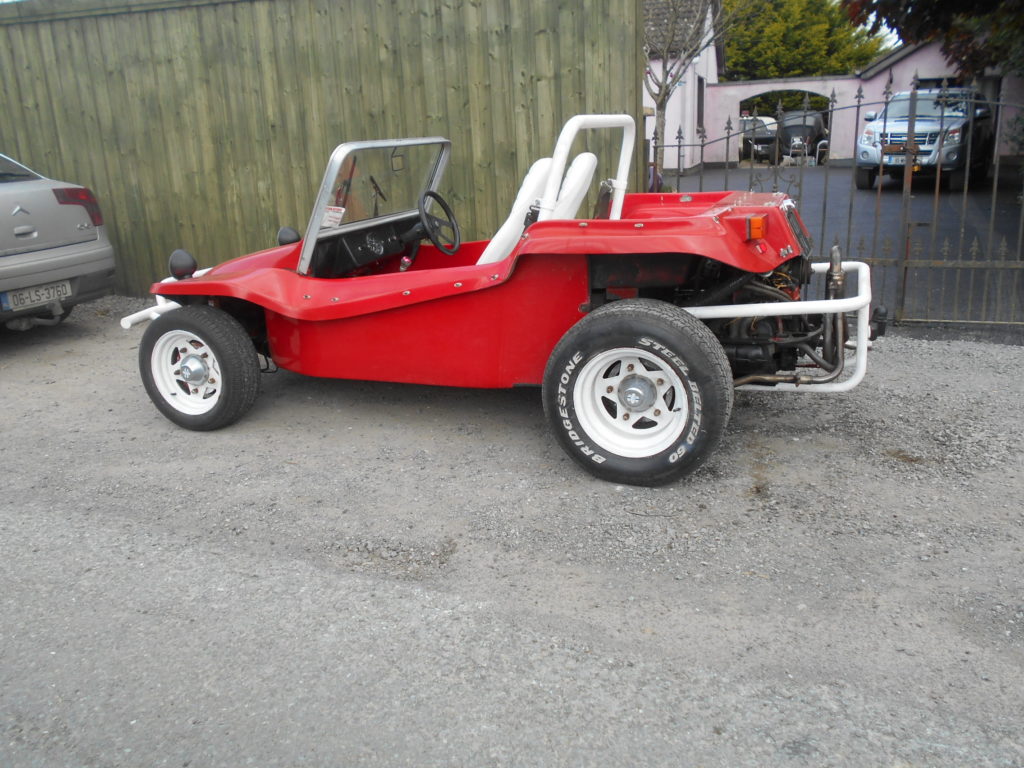 No matter what the weather outside, seeing a Buggy brings you to the golden beaches of California!

This Buggy started life as a 1200 Beetle in January 1964. It left the Naas Road factory and was delivered to Monaghan where it was first registered. Not much is known of its history but what we do know is that it was given a second chance at life when it was reborn as a Beach Buggy by Emilio’s Beetles.

Little did the VW mechanic who fitted the registration plate to CBI94 way back in January 1964 know, that more than 50 years later that very number would be alive and well and attached to a fun Beach Buggy that now calls Dublin home.