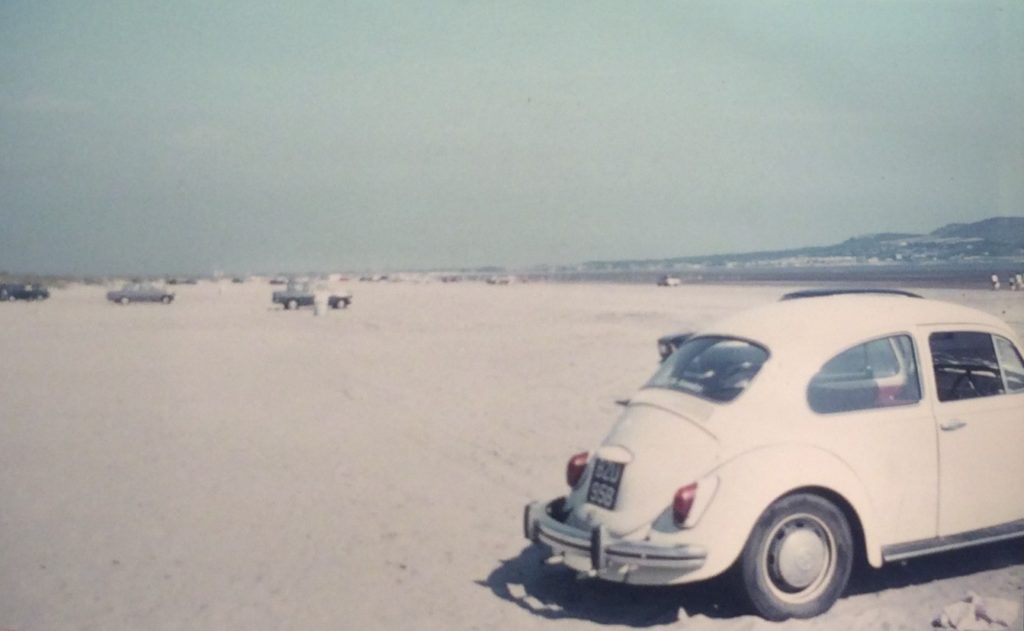 “BZU 958 was bought new in May of 1969, replacing our previous Beetle DZJ 487. BZU 958 was the ‘new’ Beetle (for the time) with the fuel filler being located on the outside on the front right rather than the pre-68 models like DZJ which would of had the fuel filler in the front boot.
BZU 958 was a White 1300 Beetle finished with a red interior. It would of started life around the Milltown/Rathgar area of Dublin, then in late 1970 it would have moved out to the Blackrock/Deansgrange area until late 72 when the next beetle (9283 ZE) shows up (as far as we can tell from photos), replacing BZU.
From the selection of old photos I have to hand BZU definitely did a bit of travel in it’s time in the family, with the few I have up we see the bug at Dollymount, the Curragh & Cahersiveen. There’s also some photos of it up at Achill Island.
If anyone knew BZU or what has happened to it since it would be greatly appreciated.”