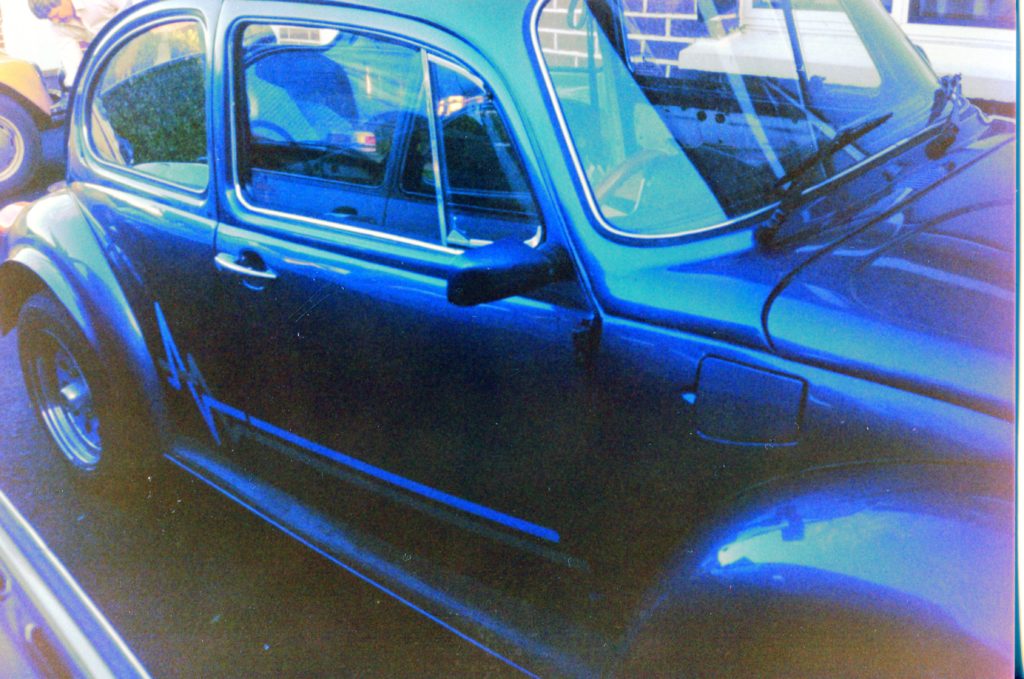 This 1303 was imported by Volkswagen Ireland as a complete car, brand new in 1976. It was then sent to Knockfair Auto Services in Stranorlar, County Donegal where it was sold from. The Sahara Beige 1303 hit the roads of Donegal in early June 1976 but by the time I saw this Beetle in 1989 it had been through a bit of a transformation. The rear wings were replaced with fibreglass units, with a flared edge. A repaint saw the bodyshell gleaming in metallic blue while a set of alloy wheels added some bling. The funky retro stripes were added at that time also. Other exterior treats were the Kamei engine lid vent cover and the silver raised digit number plates. The side trim was removed prior to the respray and a set of rear view mirrors were colour coded to match the metallic blue paint.

The interior was not one for the shy as it had wild stripes and graphic style fabric used on the door cards and seats while the steering was made all that much nicer thanks to a 3 spoke wood rim steering wheel.

When I photographed this 1303 it had just had a home service that day and a local run to make sure all was in order. The door cards had been removed to gain access to the window winders.