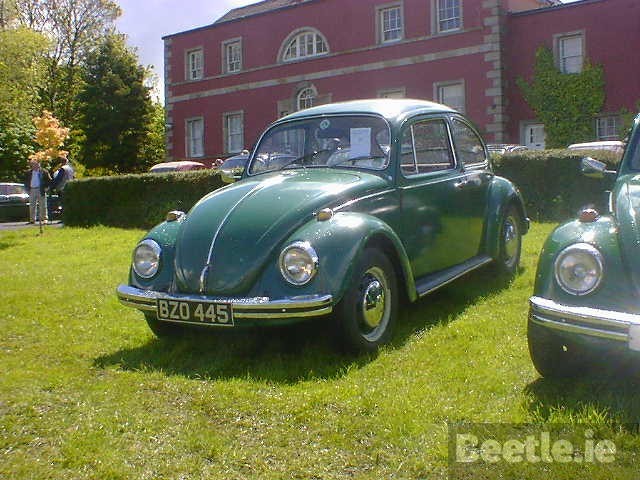 Spotted in the showgrounds of the Rockbrook Show back in 2003 was this 1968 Beetle.

Built in the Naas Road factory, this 1200 Beetle Deluxe didn’t have to travel too far to get to its first owner as it was registered in Dublin in June 1968.

This 1200 Deluxe Beetle had the two-tone wheels which was standard fitment from the factory. They were really the last remnants of VW’s 1960’s charm. After this the wheels were finished in a single colour, that being silver.