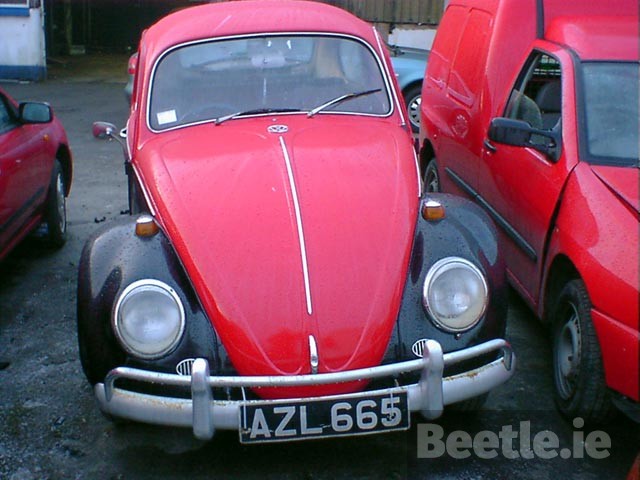 UPDATE 28/01/2021: Thanks to Donall Keane for submitting these period shots of AZL 665, taken in Dublin in the 1990s when this Beetle was showing a few signs of age but still looking extremely solid for over 20 years old at the time.

Assembled at the start of July 1967, the original colour looks to be Royal Red (L30A). The Beetle was sent to VW Motors in Harolds Cross, Dublin to be readied for its new owner to proudly drive away in their new Beetle, which they did on July 17th 1967, just a few weeks before the new 12 volt Beetle arrived on the forecourts of dealerships around the country.

As you can see from the photos that Trev uploaded in June 2018, the Beetle had changed from how it looked in Donall’s 1990 photos. For one, and the most obvious is the two-tone paint job. The red looks to be more Ruby Red now but we can’t be sure. Secondly, the simple blade bumpers are gone and in their place are bumpers, complete with overriders. It’s great to see that the original number plates that would have been fitted in by VW Motors in July 1967 are still in place.