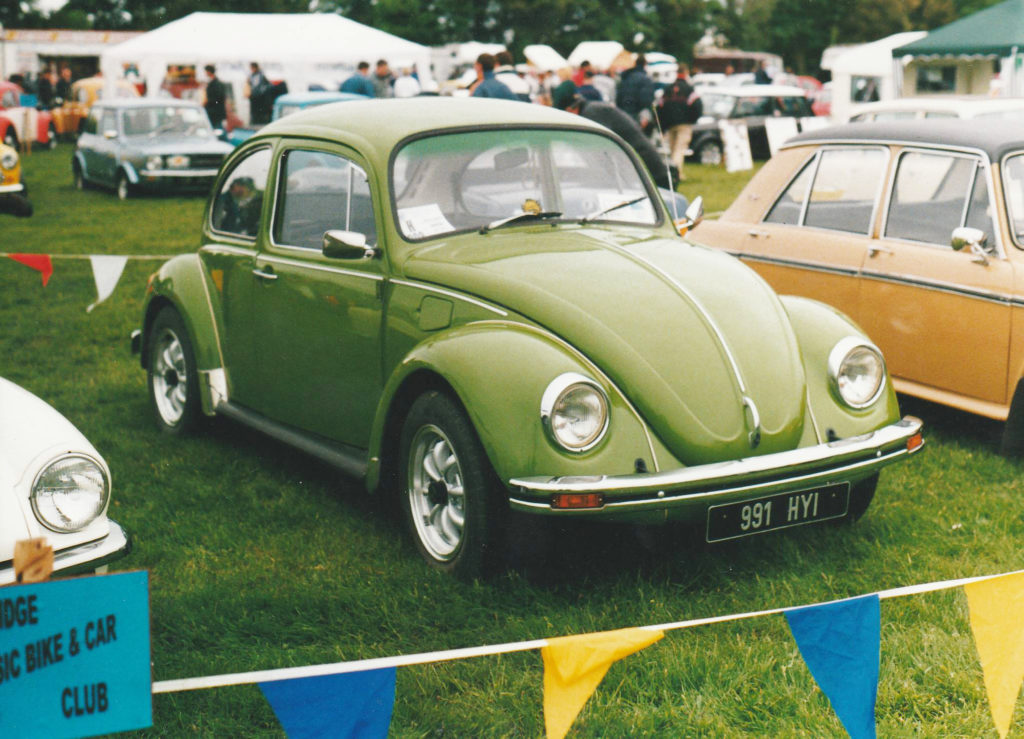 991 HYI is a 1976 1200 Beetle Deluxe that was assembled in Dublin at the end of May 1976. It then made the short trip to Ballsbridge Motors where it was put on the lot for sale. Mr. Burke bought the Beetle only a few weeks later and it was registered in his name on June 3rd 1976. Mr. Burke clearly loved his Beetle because he held onto it for almost 20 years before selling it on. It then underwent a repaint in the original Lofoten Green (L61H) colour before being sold to a gentleman named Harry who kept  it until around 2002 and that is the last that we heard of it so it was either scrapped or crashed, but I would love to think that it survived and is in storage somewhere waiting for a restoration.

The accompanying photo was taken at the Mosney Classic Car Show while it was being displayed on the Southern Volks Folks stand. It looked great with the new EMPI 8 Spoke alloys.